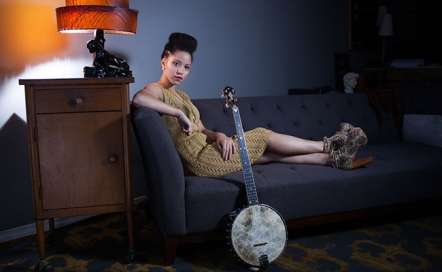 Not too many years ago there was a spate of newspaper and magazine articles asking where all the “protest” songs were. Well, here they are... about 60 years worth, non-stop. They never went away—in fact, they now come from all directions in every possible genre—country songs, giant pop hits, hip hop, classic rock, indie and folk. Yes, maybe there weren’t many songs questioning the wisdom of invading Iraq, but almost every other issue has been addressed.

This playlist is therefore stylistically very diverse and forms a long timeline. This might make for some bumpy transitions and abrupt swerves for listeners, but I find that variety energizing and hopeful.

I’ve even included a few songs that “protest the protests.” Buck Owens, the classic country artist from Bakersfield, for example, has two songs here. “Rednecks, White Socks and Blue Ribbon Beer,” is a celebration of Americans who feel they are unnoticed, left behind. One might call it a populist anthem, but I think the reference to white socks is intentionally meant to be funny—in effect, it says: “we know who we are, we know how uncool white socks are.” George Jones and Tammy Wynette’s “We’re Not the Jet Set” could fit here as well. Owens other song, “Streets Of Bakersfield” is also about a man who is ignored and all but invisible to the powers that be.

We have songs about male abuse of power by Rihanna (“Man Down”) and the country act Delta Rae. A song questioning the death penalty (Steve Earle’s “Billy Austin”) and the police treatment of Afro Americans (Janelle Monae’s “Hell You Talmbout”). There’s a country song about hypocrisy (“Harper Valley P.T.A.”) and songs that fight the power through celebration of who one is (“Say It Loud, I’m Black and I’m Proud”).

So, the power of song to give voice is eternal... in fact, it’s more widespread than ever.