The first day of the opening weekend of the Austin City Limits Music Festival featured a variety of genres on eight stages, from up-and-coming acts to established veterans to rock legends. 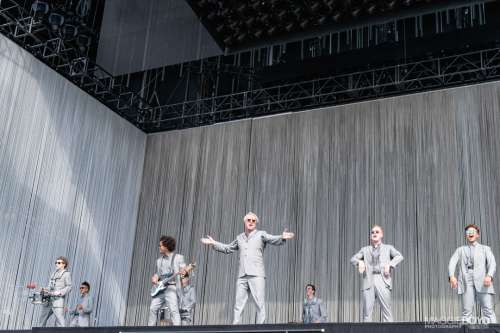 David Byrne’s performance on the American Express stage was exactly what you expect from a Byrne performance, for better or worse. It was theatrical, quirky, and featured a mix of deep cuts from his solo catalog and Talking Heads hits. The entire band, including drummers and percussionists, were unplugged so they could move about the stage in Byrne’s distinct choreographed dance routines. Playing songs off the current album American Utopia, such as “Everybody’s Coming to My House,” and crowd pleasers like the Talking Heads’ “Once in a Lifetime” and “This Must Be the Place,” Byrne owned the stage in his own, oddly disaffected way.