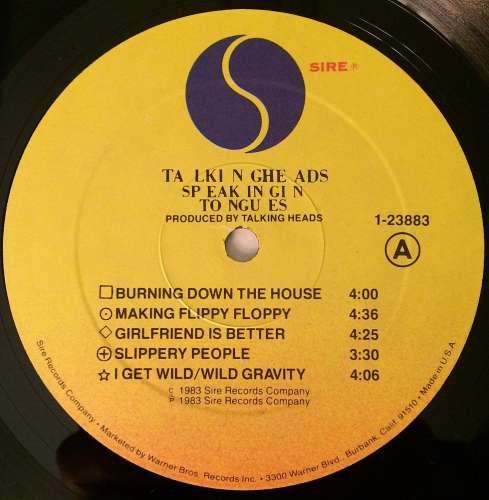 It's the BIGGEST hit of "Talking Heads" career...and it has a "Jersey Connection."

The Talking Heads formed (as a quartet) in New York City...with David Byrne on guitar and lead vocals, Jerry Harrison on keyboards and guitar, Tina Weymouth on bass and Chris Frantz on drums.

Chris Frantz is a fan of Funk...and today's spotlight song was inspired by the crowd at a "P-Funk" (Parliament Funkadelic) concert in New York City.

Concert goers were demanding that the band "burn down the house!"

So, he and Tina Weymouth (his wife) created the music in a "jam," and then took the instrumental to the rest of the band for...further refinement.

While you're "grooving" to this (awesome) tune, listen to the words. Really....listen!

They don't really make much sense, do they?

The band picked words that fit the rhythms.

Talking Heads swear that this is a common practice in the world of Funk music...where you don't want the words to get in the way of the...groove! 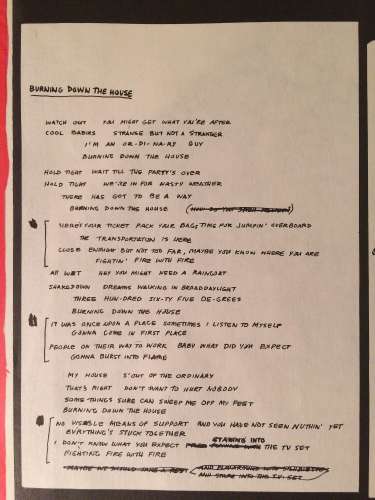 This would be the band's only Top-10 hit.

The video got a LOT of airplay on MTV!

"Burning Down The House" not only has a place in our music heritage...but is cemented in pop culture, as it has been used in TV and movies, including: "Gilmore Girls," "13 Going On 30," "6 Feet Under," and my fave..."Revenge Of The Nerds."

I saw this 80's classic for the first time, while I was earning my sheepskin at the University Of Wisconsin-Madison. I saw it in a lecture hall, screened by one of the on-campus film societies.

Walking home afterwards...to our dorm...we were singing the song (loudly) with the altered lyric: "Burning down the dorms!"

Back to the music video.

The small version of David Byrne is played by Max Illidge, who was 12 years old at the time. He would grow up to sing lead for a band called "40 Below Summer."

I promised you a Jersey connection: The house featured in the "Burning Down The House" video is in Union.

Above: Talking Heads performing "Burning Down The House" at the 2002 "Rock And Roll Hall Of Fame" ceremonies...as they were inducted into the Hall Of Fame. 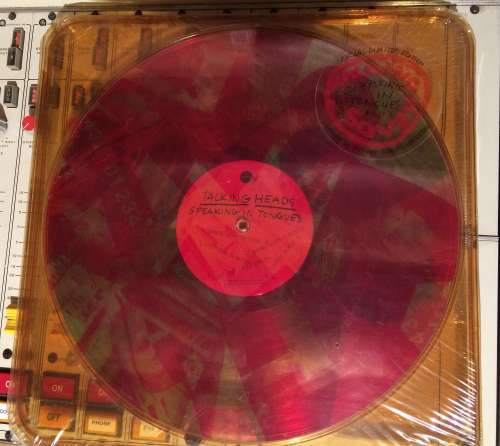 As you probably know (by now), I love vinyl. Above is the Robert Rauschenberg limited edition album. 50,000 were pressed in clear vinyl... 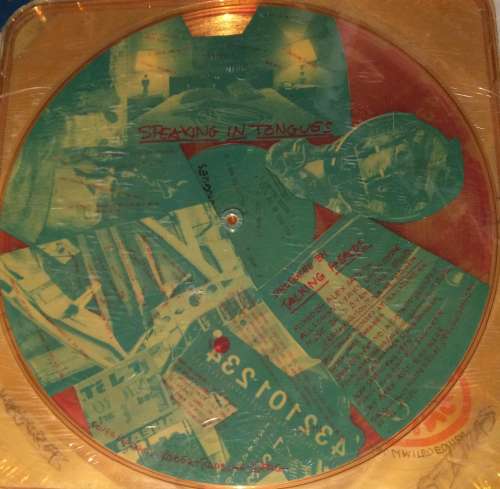 ...with three 12-inch circular transparent collages, one per primary color. 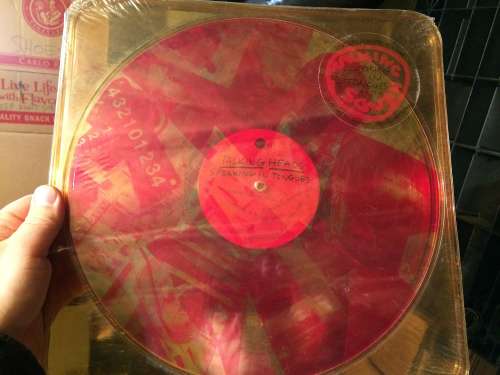