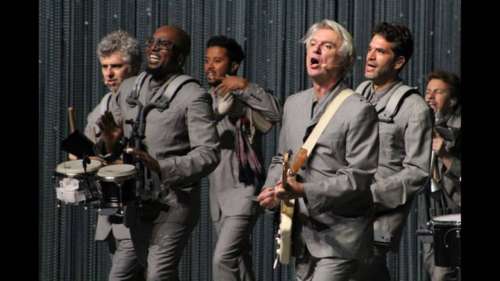 There was no general admission. Seats filled the orchestra pit and directly in front of the stage.

The set was minimal, as were the matching outfits worn by Byrne and everyone in his band. No one wore shoes. The drummers didn't sit down; they danced as they played. Everyone in the band performed several complicated dance patterns as they performed.

The show opened with Byrne sitting at a table with a human brain.

5. I Should Watch TV

7. Everybody's Coming to My House

8. This Must Be The Place

9. Once In A Lifetime