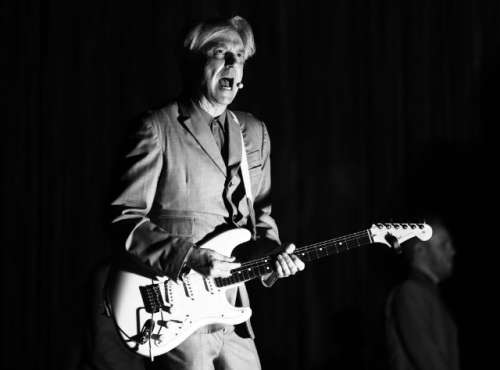 David Byrne has announced a new European tour supporting his March album American Utopia. Byrne has added a series of dates in the UK and Ireland. Byrne recently wrapped up the North American leg of his grand-scale world tour behind the album and is currently in the UK performing an initial series of dates there. David Byrne performed at Coachella in April; see clips of his incredible performance, including renditions of Talking Heads hits, here. See the set of new European dates below, courtesy of NME.