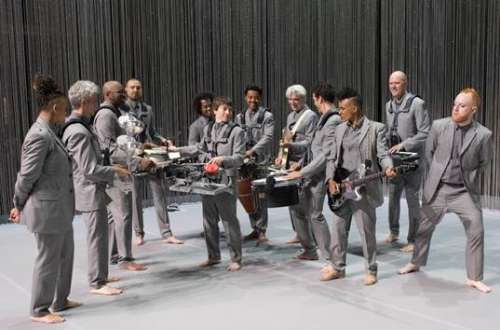 David Byrne has announced plans for a series of UK arena dates.

The songwriter is currently in the UK for his American Utopia world tour, featuring a lavish band with an extended line up.

Later in the year David Byrne will return for more headline dates, tackling some huge venues in the process.

The songwriter will open the run at Leeds First Direct Arena on October 21st, before hitting Glasgow, Birmingham, Cardiff, and London.

“I was introduced to Benjamin Clementine’s music through a friend. I was floored! I asked him to perform in the 2015 Meltdown Festival I curated in London and am honored to have him join me at various stops along the American Utopia Tour!”

For tickets to the latest David Byrne shows click HERE.