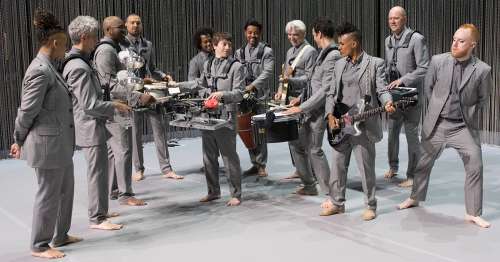 David Byrne, who begins the sold-out UK leg of his American Utopia World Tour on Thursday, has announced that he will bring the tour back to the UK and to Ireland for nine arena shows this autumn, including concerts at the O2 Arena in London, Manchester Arena, Hydro in Glasgow, 3Arena in Dublin, and more. Benjamin Clementine, who recently completed a run of North American dates on Byrne’s tour, will be Byrne’s special guest for the UK and Irish dates. Byrne has also announced that he will take his tour to Australia and New Zealand in November. Additionally, he has added a second performance at Brooklyn's Kings Theatre, on September 16, after the first sold out, and a night at Bass Hall in Austin in October.

Byrne will perform songs from his new album, American Utopia, as well as classics from his solo career and his days with Talking Heads. A twelve-piece band will join Byrne on stage for an Annie-B Parson choreographed concert that he has called "the most ambitious show I've done since the shows that were filmed for Stop Making Sense." Annie-B Parson also choreographed the St. Vincent and David Byrne collaboration tour around Love This Giant. It will be Byrne's first tour of New Zealand since 2009.

"One of the most inspired, intriguing, energetic and joyful concerts in recent memory," exclaimed the Calgary Herald. "To call it unique hardly does it justice."

"It's honestly hard to believe the amazingness of David Byrne's live show," said Seattle Weekly. "Byrne radiates a joy while performing that few—if any—musicians can match."

"A marvel of staging and motion that was at once utterly novel and oddly comforting," said the Chicago Tribune, "the evening proved a celebration of Byrne's music at its most rhythmic and transcendent."

For all the latest ticket details on the complete tour, visit nonesuch.com/on-tour.