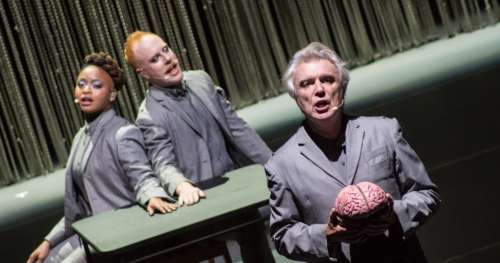 Written and Images by: Jeremy Williams

David Byrne led his band through a 21-song performance at Red Rocks on Tuesday night. The setlist featured seven songs from Byrne’s most recent studio album American Utopia including “Everybody’s Coming To My House,” “Every Day Is A Miracle,” “I Dance Like This” and more. Byrne also pulled a number of tunes from his Talking Heads days such as “I Zimbra,” “Slippery People,” “Born Under Punches (The Heat Goes On)” and “Burning Down The House.” The show came to an emotional climax and conclusion with a stirring cover of Janelle Monae’s “Hell You Talmbout.” Photographer Jeremy Williams was on hand to capture the action. Check out his work [here].