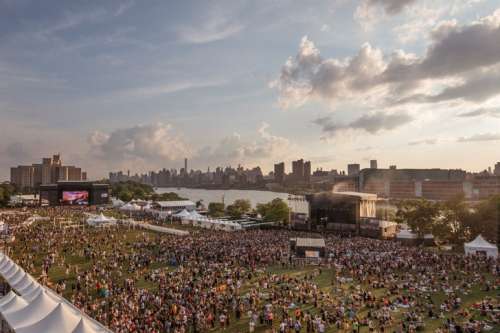 Panorama returned to New York’s Randall’s Island this weekend, offering a slightly smaller lineup for its third iteration but delivering a number of highlight sets amid several artist cancellations throughout the festival, including a Friday schedule cut short by weather.

Unfortunately, much of Friday’s music had to be cancelled due to incoming inclement weather, negating planned sets from the likes of The War On Drugs, Father John Misty, The Weeknd and more. On top of those missed opportunities for fans were other individually cancelled performances by Lil Wayne (who was already substituting for Cardi B) due to a delayed flight and up-and-comers Greta Van Fleet, who missed their Sunday set due to a hand injury suffered by their drummer.

The rest of the weekend went off with any more weather-related hitches, however, starting with a Saturday that was capped off by a massive headlining set from Janet Jackson, who offered a career-spanning setlist, plus music from St. Vincent, Gucci Mane, SZA, Japanese Breakfast and more.

Sunday featured a late-afternoon set from David Byrne, who mixed Talking Heads hits like “Burning Down the House” with his solo work and even a poignant cover of Janelle Monae’s “Hell You Talmbout,” with updated lyrics to reflect the many African-Americans killed unjustly even in the three years since Monae first wrote the song, which includes many of those victims’ names. Byrne also encouraged the gathered crowd to register to vote before his set.

After sets from The xx, Fleet Foxes, ODESZA, Chicano Batman, and more, The Killers’ Sunday headlining performance closed out Panorama’s main stage with hits like “Somebody Told Me” and “Mr. Brightside,” plus a run of their tune “For Reasons Unknown” that saw frontman Brandon Flowers bring up a young fan to play drums with the band.