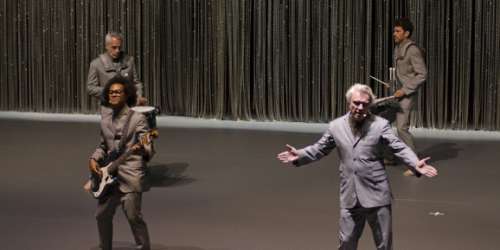 David Byrne played the first of two Red Rocks shows on August 12th, bringing with him a 12 piece band and a choreographed concert that he calls “The most ambitious show I’ve done since the shows that were filmed for Stop Making Sense.” The band and Mr. Byrne played a 21 song set with eight of those songs coming from the Talking Heads repertoire. Many Red Rocks concert goers from Tuesday night are calling his “American Utopia” concert the show of the year at Red Rocks, and some are calling it one of the best concert experiences they’ve ever had. Photos by Todd Radunks