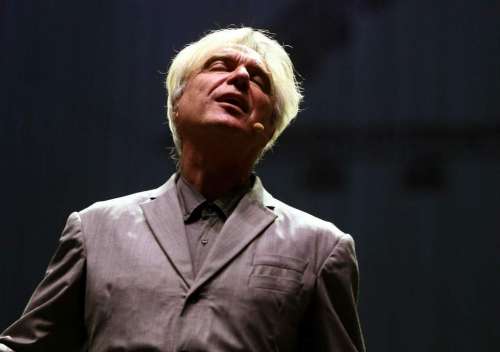 It was David Byrne’s perfectionism that killed off Talking Heads.

His bandmates were apparently keen to hit the road again after touring in support of Speaking In Tongues, but Byrne wouldn’t budge unless they could in some way top the success of that tour, immortalised in 1984’s Stop Making Sense. Widely regarded as the greatest concert film ever made, the bar they’d set for themselves was too high, and the tensions eventually broke up the band.

You might have thought such overarching ambition would dissipate with age or would come to be regarded as the folly of youth. And yet, at 66 years of age, Byrne hasn’t given up on completely reinventing the way music is presented. In support of his first solo record in 16 years, the American Utopia tour is one of the most mind-blowingly meticulous and awe-inspiring productions you could ever hope to see. This writer is of a vintage where the days of seeing a show that competes with his favourites were thought to be long gone, and yet this is up there.

To attempt to relay the details is almost a folly in itself, but one must try. Byrne commences at a table and sings to a brain on "Here". Other players begin to emerge upon a mise-en-scène that’s Brechtian in its minimalism, and the more they appear, the more the excitement builds. A lustrous "Lazy" gives way to a pulsating "I Zimbra", and the whole spectacle is suddenly one of such overwhelming exuberance that I feel myself well up.

The fastidiously choreographed musicians and singers frantically traverse the stage, performing with passion despite the demands of verticality. Byrne subjects himself to these rigours too. He shimmies one way, waves his arms around the other and then crouches down and gives his knees a good workout (all the while singing with a mic strapped to his left cheek). On "This Must Be The Place", his crew mosey back and forth in synchronised lines turning the stage into a catwalk; on the punchy "Blind", Byrne and his acolytes turn themselves into living shadow puppets.

The pounding percussion; the unadulterated joy and the sheer audacity: these save the show from erring into the realms of musical theatre. It’s a gig, but not as we know it. It might have taken more than 30 years, but Byrne has somehow made Stop Making Sense look ordinary. Perfection.