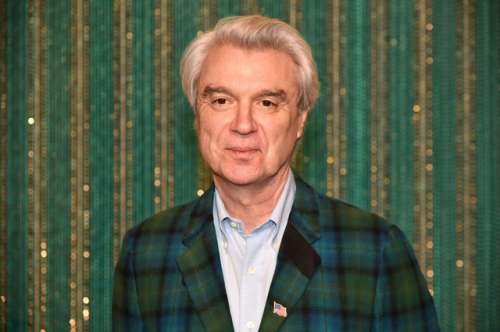 David Byrne is releasing a new album, American Utopia, on March 9. Yesterday, he released the second single, “This is That,” featuring Oneohtrix Point Never, and it’s pretty good. Today, the former Talking Heads leader posted a playlist of music via his website called “The Beautiful Shitholes,” which consists entirely of African and Carribbean music, including songs by Wizkid, Amadou & Mariam, Ibeyi, Fela Kuti, and many more.

Byrne’s statement about the playlist is, as one might expect, explicitly political. In it, Byrne criticizes not only Trump’s policies and prejudicial beliefs but the Republican establishment that fails to challenge them. Here’s what Byrne wrote:

What is truly disturbing is the Republicans who go along with this person. Their behavior makes them complicit and the same as he is…exactly the same, no difference. Remember that come voting time.

The swells in Davos too—who are happy to get rich off Trump’s policies and are more than fine supporting a racist. None of them has risen to condemn his racism and to say that this man does not represent our values as human beings.

In a new interview with Rolling Stone, Byrne echoed these sentiments, broadly attacking the Republican Party for their complicity: “[Trump] is a fucking racist, and they’re going along with it ’cause it gets them where they wanna go. If they don’t break rank, they’re as racist as he is. And let’s not forget that.” The singer-songwriter also said that he has mixed feelings about the samples of Lebanese and Egyptian music he used on his collaborative 1981 album with Brian Eno My Life in the Bush of Ghosts: “…on that album, you actually hear the voices of people from other cultures. When it’s somebody’s voice, some part of a soul has been appropriated. I’m not talking shit about my own album, but I totally understand why it might [be offensive].”