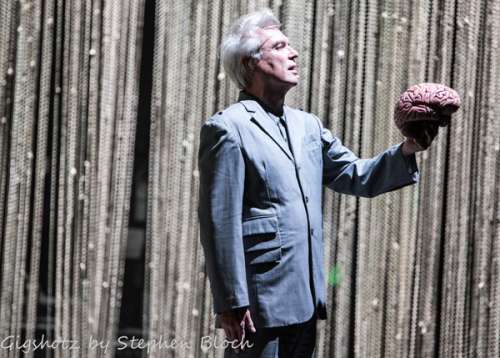 Hot off his acclaimed summer tour, David Byrne is headed to New York City this December for two celebratory screenings of his 1986 film True Stories.

Byrne, who starred in and directed the film, supervised the new 4K restoration and HD soundtrack of True Stories for this revival.

He will be present for a 7 p.m. and 9:15 p.m. screening at New York’s IFC Center, leading a Q&A session for the first and providing an extended intoduction to the latter. (The 7 p.m. show is sold-out, but as of publication tickets for the 9:15 p.m. show are still available.)

A description of the event calls True Stories “an ode to the extraordinariness of ordinary American life and a distillation of what was in [Byrne’s] own idiosyncratic mind.”