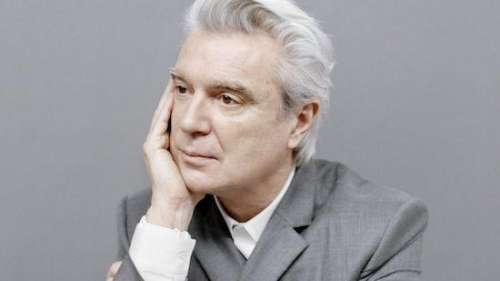 By The Island Now

Scottish-American singer and songwriter David Byrne, who was a founding member and the lead singer and guitarist of the American new wave band the Talking Heads from 1975 to 1991, will be performing at Forest Hills Stadium on Saturday, Sept. 15 at 7 p.m.

The concert marks the first time Byrne has played at this venue since August 1983, during the Talking Heads’ Stop Making Sense tour, and one of the final stops on his summer 2018 tour to promote his solo record, American Utopia.

With its debut this spring, the album has garnered critical acclaim.

Mojo said, “Byrne filters grace, wonder and apocalyptic portent through his fractured worldview. He remains a fine guide through life’s disruptions and disturbances.”

Stereogum noted, “American Utopia is an album full of pulsating beats and rich textures. You could also say that about any Talking Heads record, but the new album isn’t a throwback; it feels like it could only exist right now.”

And NPR Music’s “First Listen” began streaming the record in full, saying in its review: “If a brain in a jar could observe the world, make sense of it and churn it into a batch of songs, it would make the album American Utopia.”

At his upcoming show, the Oscar, Grammy and Golden Globe Award-winning performer and Rock and Roll Hall of Famer will perform songs from his new album, as well as classics from his solo career and his days with the Talking Heads.

A 12-piece band joins Byrne on stage for a choreographed, “untethered” concert that he has called “the most ambitious show I’ve done since the ones that were filmed for Stop Making Sense.”

The Tune-Yards, a five-piece, eclectic band that uses elements such as loop pedals, ukulele, vocals and lo-fi percussion, will open the show.

To purchase tickets to the concert, go to www.foresthillsstadium.com.