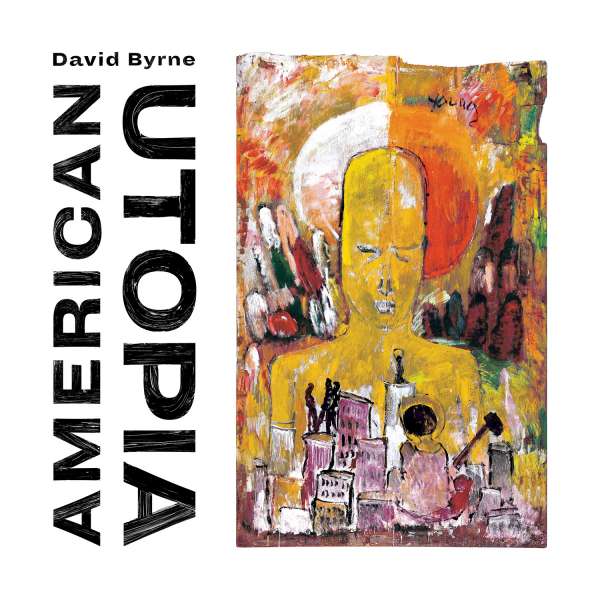 Earlier this week (8 January), David Byrne announced his first solo album in ten years, entitled American Utopia. The follow-up to 2004’s Grown Backwards, the album is about “longing, frustration, aspirations, fears, hopes regarding what could be, what is possible”.

On the album, Byrne said the focus isn’t primarily on the concept of utopia but more on the tangible reality of America. The tracks will “describe the world we live in now” and question: “Is there another way? A better way? A different way?”.

Accompanying the album announcement was the unveiling of its cover art, featuring a piece from contemporary painter and outsider artist Purvis Young, who passed away in 2010. Using Young’s artwork feels relevant, rather than an arbitrary placement of vivid colours. Having spent a stint in prison and never attended high school, Young was deemed as an outsider in the art world who found an alternative way in. His visual meditations are based upon the plight of the underprivileged, racism in America, urban strife and African-American experiences in the south.

The album cover contains some of Young’s recurring motifs that can be found in his ouevre. An elongated head sits on a central figure positioned against splashes of colour; looking down, it contemplates the structures below. Much like Byrne’s forthcoming album, it appears to observe America’s reality.

Check out the artwork above and view more works by Young below. 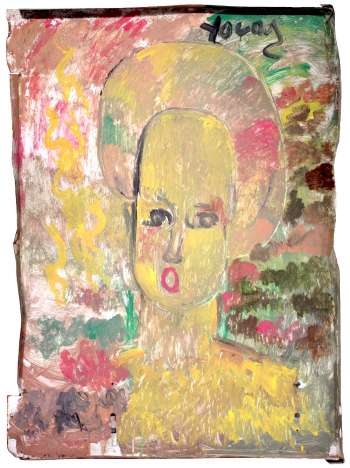 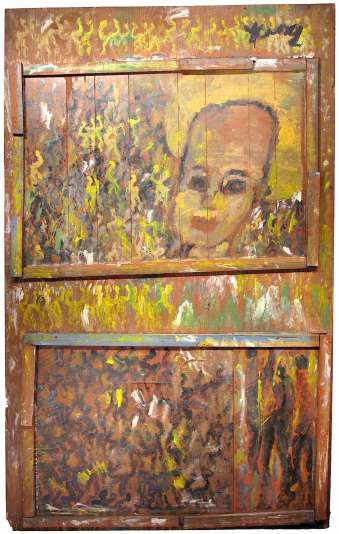