Last week this city saw plenty of entertaining options and this week is no different. Performances from David Byrne, Judas Priest, Chastity Belt, Melvins, Sextile, The Residents, Joey Bada$$ and more will roll through town while sets from locals like Only Beast, Astragal and more will fill in the gaps.

Tonight you can begin over at Satellite Bar for the dark industrial meets post punk of L.A.'s Sextile. Last year this band dropped the epic album Albeit Living and it is pretty fantastic to hear live. They're back this year with a new single, "Current Affair," and they're an act you need to see. The post punk meets punk of Houston's Ruiners will be on as direct support and openers for the all ages show. Doors at 7 p.m.; tickets $10 to $12.

At Revention Music Center you could get down with the pop rock of L.A's Haim. While this sister act has been going strong for over a decade, last year's Something to Tell You proved the trio still has plenty of legs and should be worth catching. The hip hop of once Houston resident Lizzo will be on as direct support ad opener for the all ages show. Doors at 7 p.m.; tickets $20 to $59.75.

In the foundation room at House of Blues, three Houston songwriters Nathan Quick, Charlie Harrison, and Ben Jarrad are set to perform. Of course, Quick has been going strong solo for a while, as has Harrison who also fronts the outfit Charlie & the Regrets. Jarrad also has a solid solo career as well as a standing gig with his band Ruckus and as Ian Moore's bassist. The all ages show should be worth making it out for. Doors at 7 p.m.; Free. 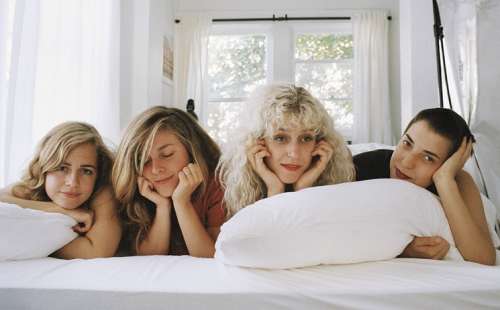 Of course, at White Oak Music Hall upstairs you could have swung by for the indie rock of Washington's Chastity Belt, but the band has cancelled the rest of the tour due to health concerns. Refunds will be issued from point of purchase.

Under The Volcano will get rip roaring when SOB swings by to perform. These guys take Appalachian folk to a whole new place, adding swagger and twang like you've never heard before. While they have a new album due later this year, their last album Venus and the Cat should let you know what you're in for on the 21 & up show. Doors at 8 p.m.; TBD cover.

Thursday you can begin at Avenida Houston for the Party on the Plaza series with Fishbone. Make no mistake, Fishbone are legends, mixing punk, funk, ska and more into their tunes, and their 1991 album The Reality of My Surroundings is a classic. The Waxaholics will be on the all ages show as support and openers. Doors 6:45 p.m.; Free.

If that's not your thing, upstairs at White Oak Music Hall, the electro-pop of California's Baths will be on hand. This guy makes beats and tunes that hard not to love, and his latest release Romaplasm from last year is pretty legit. The shoegaze of Canada's No Joy will be on as direct support while the synth sounds of Sasami Ashworth will open the all ages show. Doors at 8 p.m.; tickets $16. 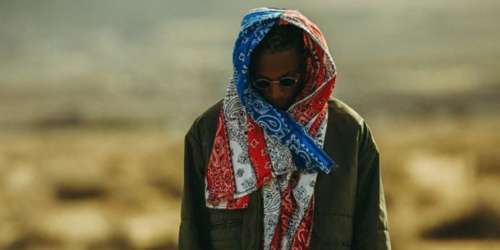 Of course, you might find yourself at Warehouse Live in the ballroom for the hip hop of New York's Joey Bada$$. Here in support of his latest drop ALL-AMERIKKKAN BADA$$, the rapper who's known to drop fire sets should delight all with his presence. There's no word of support or openers for the all ages show. Doors at 8 p.m.; tickets $25.

Continental Club will get groovy when Glove swings by with their garage rock post punk mix. The Florida four piece sounds pretty splendid on their latest single, "Pleasure Intellect." The trippy psych sounds of Galveston's India Tigers In Texas will be on as support and openers for the 21 & up show. Doors at 9:30 p.m.; tickets $5.

On Friday, you could start off at Cactus when David Ensminger hosts a round table discussion with members of Austin punk bands in celebration of the book "Austin Punk Invasion." Of course, this just isn't the drummer for The Hates and some band members, this is members of The Hickoids, Dicks, Terminal Mind, and so many more. The all ages affair should be worth checking out, with information here. Doors at 6 p.m.; Free.

Numbers will get sultry when the troupe from Dem Damn Dames returns with their show, Cirque du So Weird. Alongside the troupe members, performers from Kansas City, Amarillo, and others from all over the Bayou City will join in the festivities. Aerial stunts, comedy and a pre-show with monkeys will all be on hand for the 18 & up show. Doors at 7 p.m.; tickets $15 to $35.

At Insomnia Gallery, Houston's Lace will convene to play their album release party for Human Condition. Easily one of the more aggressive and dark hardcore records you'll hear this year, it should sound amazing in a live setting. Houston's Narcons will bring their dark sounds on as direct support while Narrow Head will get the all ages show started. Doors at 8 p.m.; Free.

Rudyard's will get loud when College Station's The Ex-Optimists swing by to headline the room. The band is always loud, always fun, and their latest drop Reruns From The 1960's Vol. 3 is pretty solid. The high energy of The Wheel Workers will be on as direct support while the crazed intensity of Only Beast will get the 21 & up show started. Doors at 8 p.m.; $5.

Over at Satellite Bar, you can get some rock on when Lagmind performs. While this four piece makes dissonant rock, they're pretty impressive to catch in person. California's americas will bring their indie infused math post-punk sounds on prior while California's Antiphony will be on beforehand. The crazed energy of Mockingbird Brother will open things up, or maybe the order is reversed on the 21 & up show. Doors at 9 p.m.; tickets $7.

Saturday at Continental Club you could begin the day for PunkFest #6. The all day affair will feature performances from Giant Kitty, Kemo For Emo, The Hates, The Velostacks, $50 Goat and many many more. There's more information here for the 21 & up show. Doors at 1 p.m.; tickets $15. 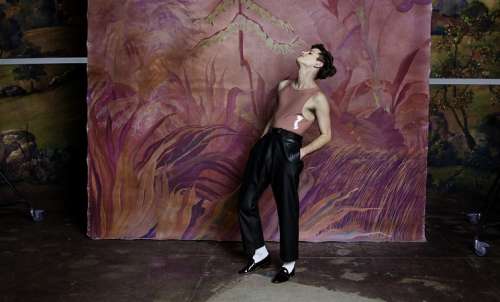 Of course, on the lawn at White Oak Music Hall you could stay for the always intriguing sounds of David Byrne. It's been long enough since Byrne departed Talking Heads and went solo, and his catalog is as eclectic as you should only expect. With his latest release American Utopia, and new tracks "Dog's Mind" and "Bullet" coupled with his past records, get ready for an eclectic performance. The intriguing electro-pop of Perfume Genius will be on as direct support and opener for the all ages show. Gates at 7 p.m.; tickets $55.

Satellite Bar will get loud when Ruby The Hatchet brings their metal sounds to town. Supporting their latest Planetary Space Child, the band should delight anyone who likes a bit of prog with their metal. The high energy of Houston's Doomstress will be on as direct support while the metal of Austin's Eagle Claw will go on prior. San Antonio's Cursus will get the all ages show opened. Doors at 7 p.m.; tickets $10.

Over at Anderson Fair, the sweet and folky sounds of Texas' Nicolette Good will be on full display. Aside from accolades from everyone who hears her, her latest drop Little Boat on a Wave is hard not to like. Houston's Amanda Pascali will be on as headliner for the all ages show. Doors at 7:30 p.m.; tickets $10.

Notsuoh will have the rock when Houston's Roelant swing by to perform. Of course, with the straightforward rock of those guys, the chill indie sounds of Mourning Bliss will be on prior, with the indie rock sounds of Yaupon beforehand. The Winkler and the Hare will open the 21 & up show. Doors at 8 p.m.; tickets $TBD. 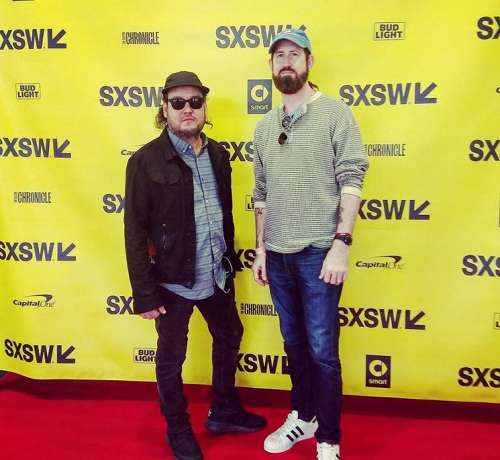 Over on Grove Street, Japan's Acid Mothers Temple will bring their insane psych sounds back to town. For a band that's released over eighty records, they don't seem to be slowing any time soon and their latest Live in Castellon should give you an idea of what you're in for. The drone kraut sounds of Quebec's Yoo Doo Right will be on as direct support while the dark kraut rock electronica of Houston's Secret Sands will get the all ages show started. Doors at 8 p.m.; tickets $13.50.

On Sunday over at Satellite Bar, the garage rock of Nashville's Ron Gallo will be on hand. Gallo makes some of the catchiest tunes you'll hear, and his latest release Really Nice Guys is his best to date. The psych rock of North Carolina's The Nude Party will be on as direct support and openers for the all ages show. Doors at 7 p.m.; tickets $12 to $14. 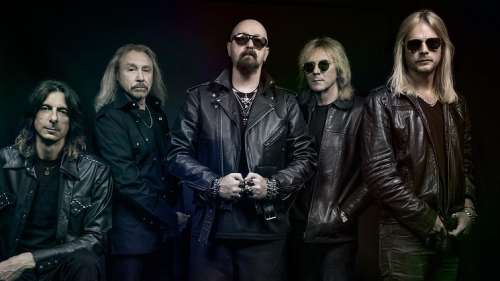 Of course, you'd be foolish to miss the crazed energy of metal legends Judas Priest over at Smart Financial Centre. The band has been around over 40 years, and in that time they've written such epic tracks as "Living After Midnight," "Breaking The Law," and "You've Got Another Thing Coming," to name a few. The band's latest release Firepower just keeps the metal fires burning stronger. The British heavy metal of Saxon will be on as direct support while Black Star Riders will open the all ages show. Doors at 7 p.m.; tickets $33.25 to $133.25.

Tuesday you could get all the bass you can handle upstairs at White Oak Music Hall, when Melvins return to town. For the tour behind their new album Pinkus Abortion Technician, the band will have Butthole Surfers bassist Jeff Pinkus as the second bassist for the entire tour. The darkwave of L.A.'s All Souls will be on as direct support and openers for the all ages show. Bring earplugs. Doors at 7 p.m.; tickets $20. 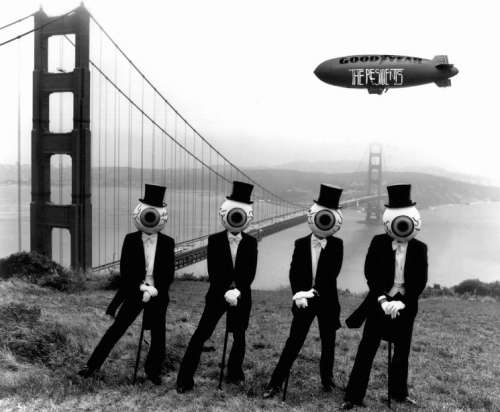 Of course, over in the studio at Warehouse Live, the idiosyncratic avant garde sounds of San Francisco's The Residents will be on hand to perform. Taking from the likes of Sun Ra and Captain Beefheart, this band has always been intriguing and their latest release Fingerprince stays in line with their strange sounds. There's no word of support or openers, but that could change for the all ages show. Doors at 8 p.m.; tickets $27 to $32.

That's about it for this week. Remember that no matter what you decide to do, that a safe ride home is just an app away.