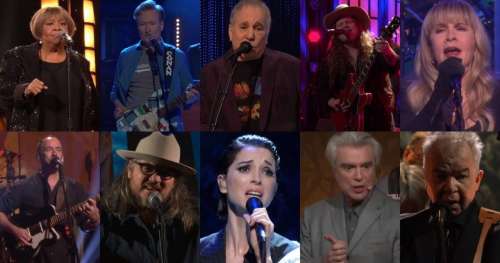 David Byrne – Everybody’s Coming To My House – The Late Show

Talking Heads frontman David Byrne’s acclaimed American Utopia Tour was previewed during an appearance on The Late Show. Byrne’s highly choreographed performance was a sample of the intricate shows he staged around the globe this year. Watch “Everyone’s Coming To My House” with the help of host Stephen Colbert: