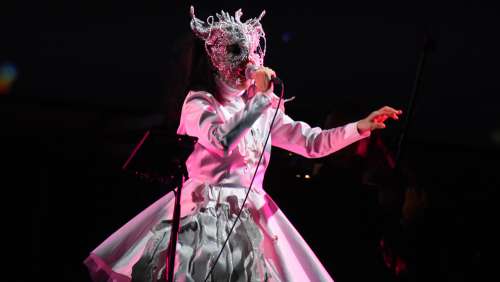 Last year, after a sonic boom of backlash, the Grammys boosted the number of nods in its big four categories (Record of the Year, Album of the Year, Song of the Year, Best New Artist) from five to eight, with the intent to encourage diversity. But did you know the Alternative Album category got a rethinking, too? Its makeover, however, was less about progress and more about semantics: to seemingly account for the slow death of rock music.

“Alternative is defined as a genre of music that embraces attributes of progression and innovation in both the music and attitudes associated with it,” an announcement said. “It is often a less intense version of rock or a more intense version of pop and is typically regarded as more original, eclectic or musically challenging. It may embrace a variety of sub-genres or any hybrids thereof and may include recordings that don’t fit into other genre categories.” Okay, then.

In its nearly 30 years of existence, the category has boasted only two winners that included people of color (Gnarls Barkley in 2017, Alabama Shakes in 2016), and two female solo artists (Sinead O’Connor in 1991, St. Vincent in 2015). This year, the new definition still didn’t mean we were seeing nominations for Mitski’s critical darling “Be the Cowboy” or Blood Orange’s genre-hopping achievement “Negro Swan.” But it did reward St. Vincent’s follow-up to her self-titled Grammy winner, as well as the latest from Björk.

Part of the Alternative Album category’s rigidness is that it’s evolved into an endurance sport: All of this year’s contenders have been previous nominees and/or winners. Between them, Arctic Monkeys (“Tranquility Base Hotel + Casino”), Beck (“Colors”), Björk (“Utopia”), David Byrne (“American Utopia”) and St. Vincent (“Masseduction”) share 48 nominations across their careers. Which is to say: While they may not be any surprises here, at least they’re in good company.

Troubling predictability aside, this year’s offerings are interesting case studies in artistic unrest. After years of measured kookiness, Beck arrives with the shiny, uncomplicated “Colors”, an album parsed down into the singular theme of happiness. Produced by Greg Kurstin (Adele, Sia), it attempts to capture pop purity, the video for its title track even playing out like a giddy, chromatic Apple commercial. Meanwhile, with “Tranquility Base Hotel + Casino” (produced by frequent collaborator James Ford), the Arctic Monkeys attempt to inch away from guitar-based rock, settling into smirky lounge-crooner territory. Both were met, as you can imagine, with mixed results.

Her previous collaborator, David Byrne (they released a joint album, 2012’s brass-driven “Love This Giant”), builds the loaded optimism of his glitched-out “American Utopia” around drum tracks courtesy of collaborator Brian Eno. At heart, he remains a very cerebral artist, seemingly creating “American Utopia” as an offshoot of his “Reasons to Be Cheerful” multimedia project. The album came to life in theater settings in tour through choreographed performance with his band that teetered between marching-band precision and off-kilter performance art.

No artist, though, can out-weird Björk. Her levitating “Utopia” (co-produced with the avant-electro Arca) also explored uppers — in this case how technology and nature can coexist in harmony, with liberal use of flutes and free tempos. The album and its fanciful, otherworldly videos came to life on stage through a 12-piece flute ensemble, intricate masks by artist James Merry and a luminescent backdrop from set designer Heimir Sverrisson.

With 14 past nods and no wins under her belt, the Icelandic singer has become the Grammys’ Susan Lucci of sorts. If the Alternative Album category truly wants to arbitrate legacy, Björk, the gold standard in musical artistry, is long overdue a win. The category still suffers from myopathy, but rewarding a break from convention would be a step forward.