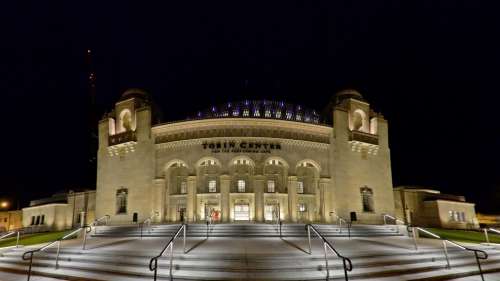 SAN ANTONIO — Joan Baez and David Byrne are coming to the Tobin Center.

Baez will start her final tour in Ithaca, New York on September 11th and will make her way to the Tobin Center's HEB Performance Hall on April 16th, 2019.

“I’m looking forward to being on the road with a beautiful new album of which I am truly proud,” says Baez. “I welcome the opportunity to share this new music as well as longtime favorites with my audiences around the world.”

Baez is known for taking a stand publicly on causes she embraces. She recently protested the construction of the Dakota Access Pipeline at Standing Rock Sioux Reservation.

David Byrne is scheduled to take the stage at the Tobin Center on October 9th. He performed in front of a sold out crowd back in April.

Byrne will be performing songs from his new album American Utopia as well as classics from his solo career days with the Talking Heads.

Tickets for both shows will go on sale July 20th at 10am.