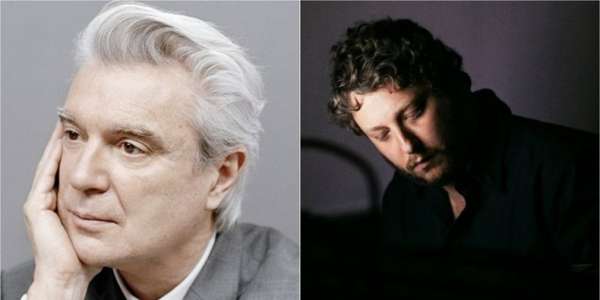 David Byrne has shared “This Is That,” a new song from his upcoming album, American Utopia. It’s a collaboration with Oneohtrix Point Never. Listen to the track at BBC Radio 6 (it begins around 1:50:45). After the song debuts, Byrne discusses the new record and plays a selection of his favorite songs. Among them is Missy Elliott’s “Let Me Fix My Weave.” “I’m sorry, I love this song,” he says. “She’s talking about fixing her weave. She’s not hiding the fact that she’s got a hair weave, that it’s not her hair.” Listen to that go down (around 2:12:00).

American Utopia is due out March 9 via Todomundo/Nonesuch. In addition to OPN, it features contributions from Brian Eno, Jam City, Doveman, and more. Byrne will support the album with a world tour. He previously shared the new track, “Everybody’s Coming to My House.”