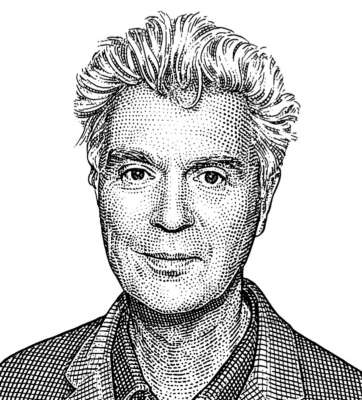 “For me a good leader leads by example, rather than by dogma. They stand as a kind of physical embodiment of possibility. I’m old enough to have grown up listening to acts that emerged in the late ’60s—the Beatles, the Rolling Stones, Bob Dylan, Marvin Gaye. They seemed to have a wide-ranging curiosity and a willingness to experiment, so I grew up assuming that was possible. It wasn’t just being eccentric or an oddball. You could be widely appreciated and do all that at the same time. Although I didn’t want to sound like any of those groups, I took the freedom they exhibited as a given. I was also aware that visual identity was a big element of performance. But I was slow to arrive there. We had to discover ways to move, ways to present ourselves. It took five or six years of little by little trying something and going, Oh, that works, that feels right, that feels like us.”

—Byrne is an artist, musician and filmmaker. His film ‘True Stories’ will be rereleased this month.