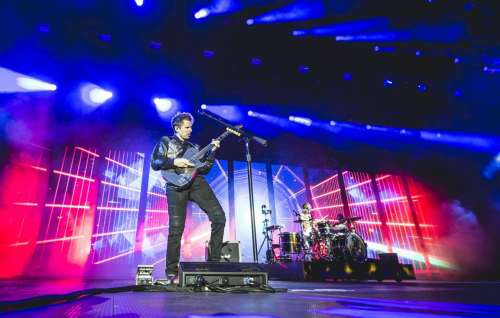 Get ready for something human...

Muse have revealed that their 2019 world stadium tour will be largely “choreographed”, rather than leaning on technology.

The band, renowned for their highly theatrical and technical live shows, will be taking their acclaimed 2018 album ‘Simulation Theory’ on the road next year for a run of stadium gigs. However, this time frontman Matt Bellamy says he wants them to be a more “human” affair.

“I think I am interested now in making the show involve a lot of additional people,” Bellamy told the BBC. “It won’t be dance routines – but choreographed theatrics of some kind. We’ve done a lot with technology – the screens and drones and so on – but I think it is time for us to do something that involves people and get a cast together that brings our songs to life with people performing.”

Last month, Bellamy revealed that he’d been inspired by the highly-choreographed ‘American Utopia’ tour by David Byrne – which NME said “might be the most ambitious and impressive live show of all time“.

Asked by Forbes about which live shows he most aspires to, Bellamy replied: “It used to be Rage Against The Machine in terms of energy at certain points in our show. But also U2 in terms of their ability to make large spaces intimate and emotional for the people in the back.

“I’m not really sure where to look now. Recently things that stood out would be David Byrne’s show that he did and also Sia who I think is very good with making the stage look very minimal, stripped down.” 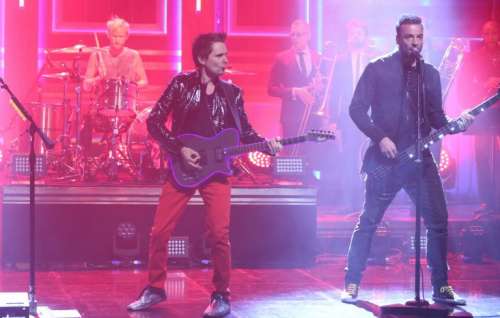 This week, Muse played an epic charity show at London’s Royal Albert Hall – in which they debuted new material as well as treating fans to “15 minutes of metal“.