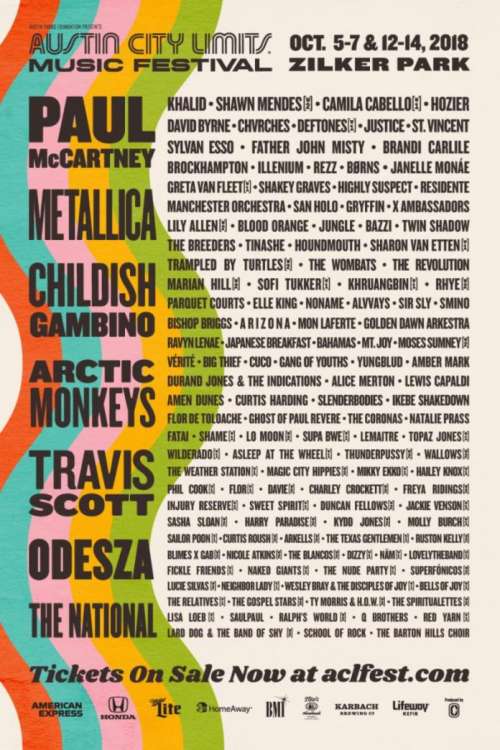 Announced May 1, the seventeenth annual Austin City Limits Music Festival has announced it’s latest lineup with some of the most iconic artists performing. These include Paul McCartney, Metallica, David Bryrne, Deftones, among dozens of others. Several of the artists billed will be their first time playing at ACL, with the newcomers being McCartney and metal group Metallica.

ACL has called Zilker Park home for the last seventeen years, and portion of the festival’s proceeds go towards improving Austin’s park. In partnership with Austin Park Foundation, ACL Festival, has donated more than $30 million towards the improvement of Zilker Park and other parks throughout the city.

A live broadcast of the festival will take place on Red Bull TV, and is distributed digitally free on the web at redbull.tv, and on connected TVs, smartphones and tablets including ACLFestival.com.