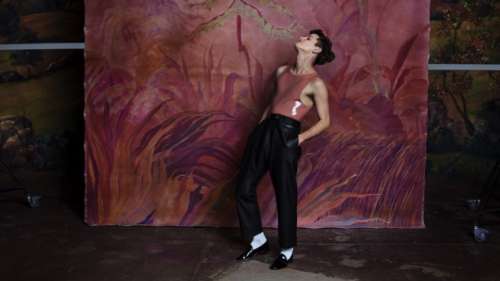 Perfume Genius has announced shows with David Byrne in support of Byrne’s forthcoming album, American Utopia, out on March 9 via Todomundo / Nonesuch Records.

Perfume Genius, who released his 2017 album No Shape to much critical acclaim, will be supporting Byrne for some West Coast shows. He will also play shows with Belle and Sebastian, Big Thief and Sarah Jaffe, and make appearances at several major festivals like Coachella, Boston Calling and Sasquatch.

Perfume Genius announced the shows in a Facebook post, writing, “We’re excited to announce that we will be playing shows with David Byrne as well as headlining The Mayan in LA with Big Thief before weekend one of Coachella!!”

Byrne is apparently a big huge of Perfume Genius and his “gorgeous songs,” and he even tweeted that “his costumes would have made David Bowie jealous”: