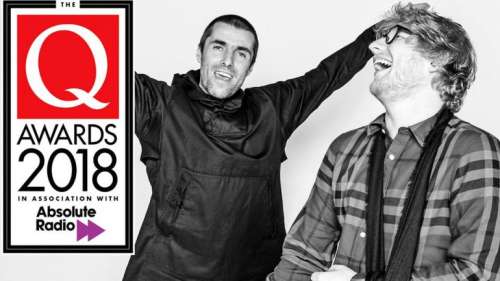 Tonight nominations for the Q Awards 2018 in association with Absolute Radio were unveiled.

The Editor of Q Magazine, Ted Kessler, commented: “I love these shortlists and I love the Q readership even more for supplying them. We’ve thought for a while at Q that in a digital world where streaming music is so ubiquitous, the old barriers between musical genres are meaningless. All that matters is whether a song has power, or if an artist makes something to become lost within. These shortlists, where Janelle Monáe’s future-funk rubs shoulders with Goat Girl’s garage-punk in Best Track, or where Kendrick Lamar could just as easily be the Best Act In The World Today as Paul Weller, prove that. Unlike some music awards, artists are not nominated by their representatives, nor is there a fee to be paid upon entry. It’s decided by the readers and the writers of Q alone, and consequently these shortlists represent the very best of music now. I can’t wait for the winners to be revealed on 17 October at the Roundhouse.”

Full list of nominees for this year’s awards are as follows:

The Q awards and gig will take place on Wednesday, 17 October at Camden’s Roundhouse.