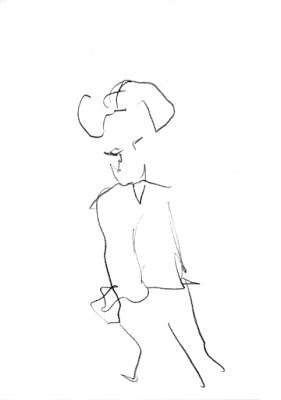 In the cosy setting of Oxford's old-style, proscenium arch New Theatre the opening concert of David Byrne's UK tour of American Utopia was impressive. Impressive for its staging, its ambitious concept integrating complex choreography with live musical execution, achieved because all the musicians are wireless hence completely mobile onstage, and for the excellence of Byrne's material, focused on the recent album (from which the tour takes its name) and also dipping in generously to the Talking Heads songbook.

While American Utopia expresses that oblique slant on the everyday and on the political which defined Talking Heads' unique position in the alternative scene of the late '70s and '80s, Byrne has moved on ambitiously in the way he has thought about presentation and this is what gives this live show – and it is a show, rather than a gig – its character. The opening moments, when the walls on three sides of the stage were mechanically raised from ground level to form a floor-to-ceiling chain mail curtain around the stage, were a statement of sophisticated intent. A low spot picked out Byrne sitting at a simple, black-topped table on the stark stage, disconcertingly holding a model brain, as he set the dramatic tone with Here.

Byrne was joined first by his two singers and then by the full band of musicians – six percussionists, bass and lead guitar – all dressed in light grey Kenzo suits throughout the performance. Annie B Parson's exuberant choreography was imposed with military precision, simultaneously offering the contradictions of freedom and discipline to the free-to-roam musicians. Circular and rectangular formation patterns coalesced and dissolved in ever-changing groupings, echoing the traditions of the old-time military bands.

Dramatic theatrical devices were utilised. During a joyous rendition of Once in a Lifetime – one of several Talking Heads favourites which delighted the audience – only hands and limbs were extended surreally through the chain mail walling, recalling the Can Do Dance Company's staging of And Who Shall Go To The Ball? (with its score by Scott Walker).

Lighting was employed with exemplary restraint to maximum effect, with all performers forming a line across the width of the stage and, bathed in red light, slowly moved forward to enhance the uncomfortable political observation lurking in Dog's Mind. In Blind, giant shadows of Byrne and his band were thrown on to the stage's back wall. During Bullet, an eerily nonchalant, yet painstaking reflection on the course of a bullet into its victim (it brings to mind Kennedy's assassination, amongst others), Byrne was alone on stage next to a bare-bulbed standard lamp.

Byrne's voice is, if not the same, certainly as good as it ever was – crisp, emphatic, quirkily idiosyncratic, and his co-musicians rose to the challenge of infusing each song with dynamic, percussive energy. Byrne's songwriting is also as strong as it ever was, with new repertoire sitting comfortably in tandem with classics. The non-stop medley was the vehicle for a melting pot of gleeful virtuosity and passionate projection, with each musician given full rein as they broke out for solo bursts. Byrne, too, briefly took up guitar – a red acoustic for Burning Down The House.

Byrne describes his American Utopia project as a coming-to-terms with the successes and failures of the historic and future American Dream, and the live American Utopia experience is a coming to terms with the possibilities of presenting cultural challenge through the medium of a song and dance-theatrical proposition, at the same time capable of throwing the cards up in the air and just enjoying the possibilities – reasons not only to be cheerful (Byrne's tribute to Ian Dury's song is a side project), but for the ecstatic audience to bring the ensemble back for three explosive songs, including Dancing Together, with lyrics entirely from the mouth of disco fanatic, Imelda Marcos, and Janelle Monaé's Hell You Talmbout with its list of names linked to the Black Lives Matter campaign and rallies. 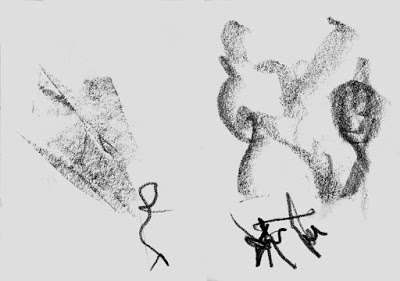