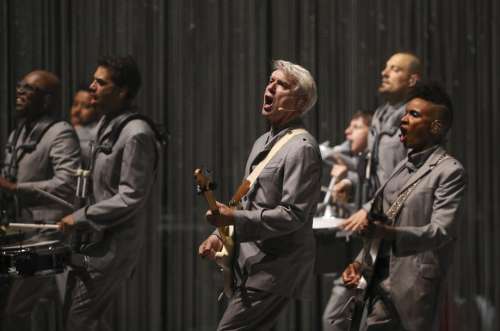 Some of the best concerts of 2018 wowed us as visual spectacles. Others weren’t much to look at but stood out with their musical passion and energy. And still more earned high marks for artistic innovation and the thrill of originality.

Only one concert this year exceeded on all those fronts, though: David Byrne’s American Utopia Tour stop at the State Theatre was like watching a high-­concept dance performance, tightly synchronized marching band and just really electrifying and funky rock concert all in one. The Talking Heads legend and his band never stopped moving.

A lot of this year’s big hip-hop concerts offered similarly nonstop, dazzling displays — and that’s not counting the mere presence of Beyoncé with Jay-Z at U.S. Bank Stadium — but it was a no-frills, all-in rapper throwdown by Wu-Tang Clan revisiting its “36 Chambers” album at Soundset that proved the most riveting (and almost fell apart behind the scenes!).

On record, women such as Janelle Monáe, Noname and the “Black Panther”-buoyed SZA ruled hip-hop in 2018, while a long beloved underground band having the time of its life, Superchunk, and the snarling, young British group Shame had the year’s best rock albums.

9. Hurray for the Riff Raff and Waxahatchee (April 23, First Avenue)

1. Superchunk, “What a Time to Be Alive”

7. John Prine, “The Tree of Forgiveness”