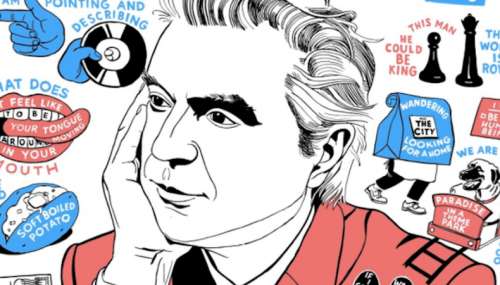 “American Utopia”
If you missed your chance to see David Byrne’s recent “American Utopia” tour, those local to New York or London might soon be in luck for more than just a theater ticket. In a recent interview in The Guardian, the former Talking Heads frontman revealed he has had interest from both Broadway and the West End about turning the tour into some kind of show. Whether he means the “Springsteen on Broadway” route or a full jukebox musical hasn’t been revealed. It’s far too early to start any speculation on who could be bringing the show to the stage, but this will certainly be one for Talking Heads heads to watch, and for the big Broadway CDs to staff.

“Monster Problems”
The upcoming “Monster Problems” has found its director and may have found its star. According to Deadline, Michael Matthews (“Five Fingers for Marseilles”) is on board to helm the flick, with a script rewrite from Matt Robinson. The film is described as “a post-apocalyptic road movie with heart.” The lead hasn’t been officially cast, but rumor has it Dylan O’Brien will be starring. O’Brien is known for his starring role in the “Maze Runner” franchise and in “American Assassin,” with the Marcel Marceau biopic “Marceau” and more currently in production. Matthews used Moonyeenn Lee has his casting director for “Marseilles,” but will likely go another route for this new film.