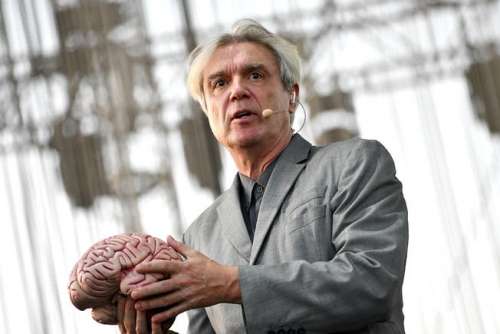 Over the weekend, I made sure to tune into hours and hours of Coachella performances between live radio broadcasts and the stream on YouTube, and of all the sets I saw, the one that gave me the most FOMO was David Byrne. I completely regret not getting tickets to either of his San Diego shows, particularly tonight with Perfume Genius opening. Byrne plays all of the old Talking Heads songs you want to hear, and peppers the set with newer material as well. There are few musicians whose careers or so lengthy and sustaining while staying relevant and timely. I'm totally kicking myself. Other Coachella artists in town tonight, also with sold-out shows, are Kali Uchis at the Observatory North Park and Miguel at Humphreys. If you're not holding tickets, Boogarins headline Casbah tonight, Hey Ocean! get things lively at Soda Bar, and NPR Tiny Desk Concert winners (and one of SoundDiego's Coachella undercards to watch) Tank and the Bangas play the Belly Up.