My mother passed away very, very peacefully, about a month ago. This last weekend, my sister and I had a memorial service and I sang two songs: “Buck Naked,” one of my own that was written when my sister-in-law died of AIDS, and a Scottish folk song called “I Know Where I’m Going.” I almost didn’t make it to the end of the second song. Emma loved the song and the Michael Powell movie of the same name. It’s a wonderful movie—the title credits at the top alone are worth a rental. The original song was sung by a woman who wonders if she’ll ever marry the man she’s in love with. Societal peer pressures seem to be against her (very relevant to Emma’s story, see below), but in the movie it’s given an ironic twist: the self confident lead character, who thinks she knows where her life is headed, actually doesn’t have a clue. Nor do any of us. 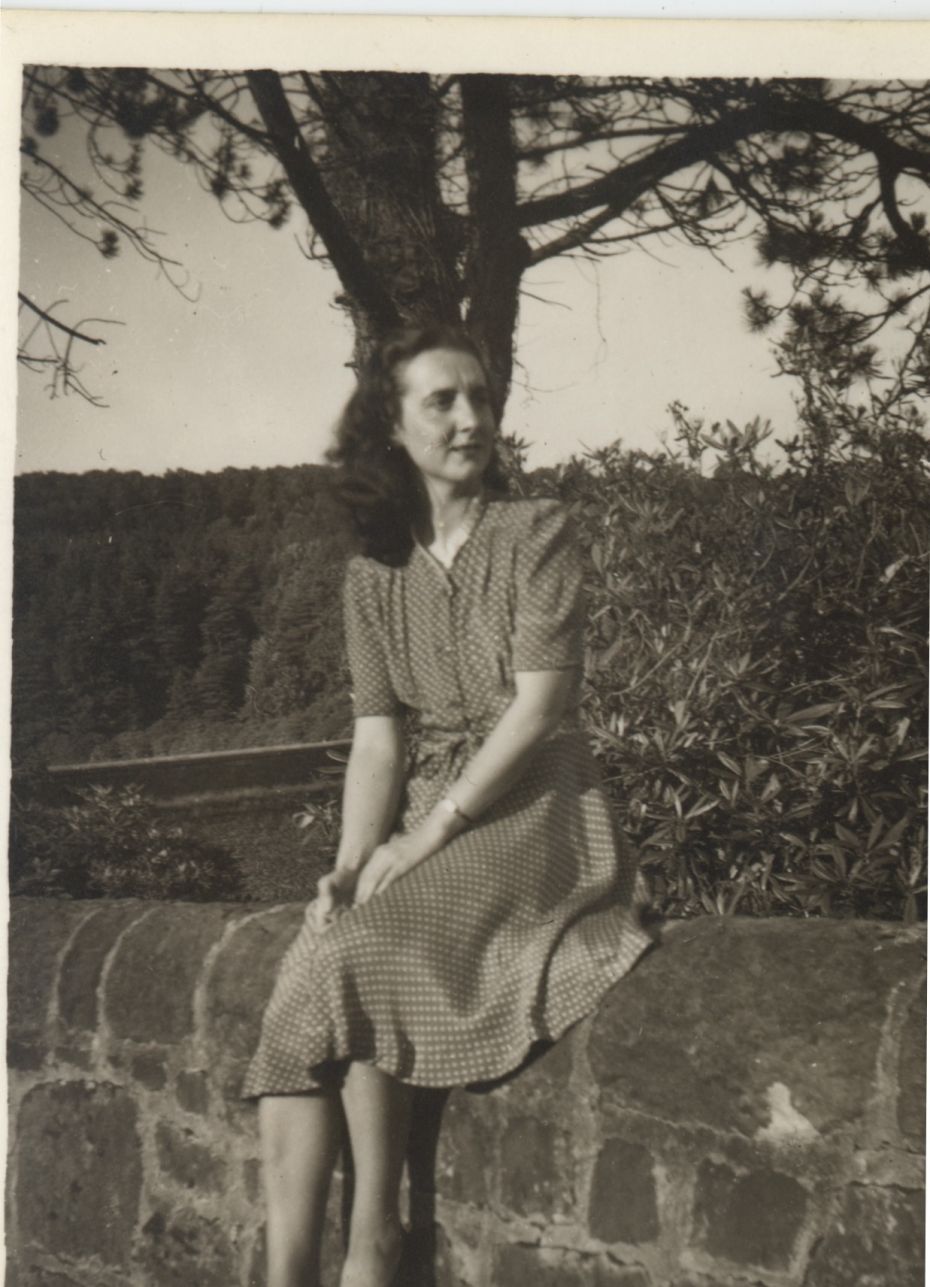 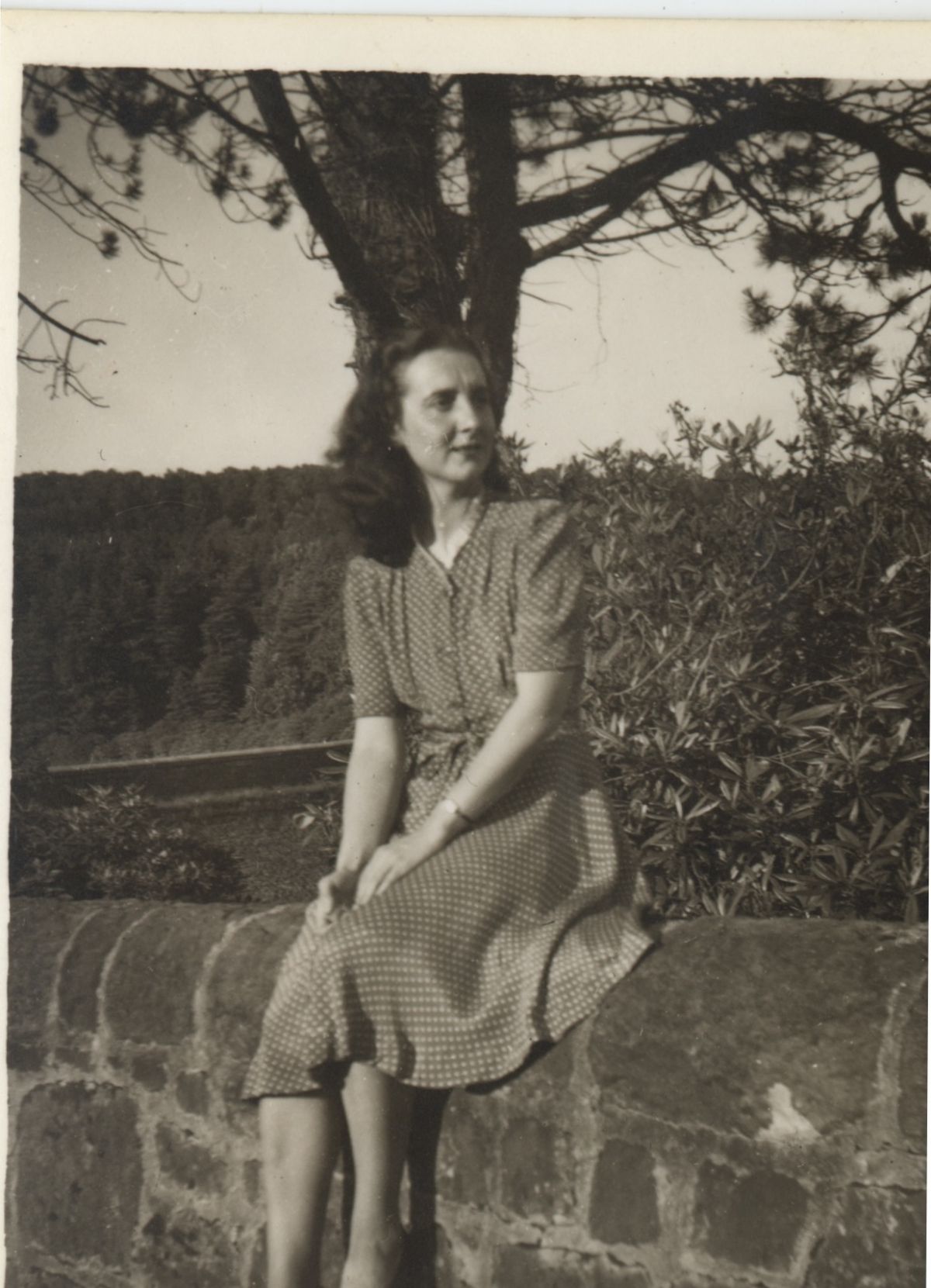 Emily Anderson Brown was born on the 18th of July, 1921 in Glasgow, Scotland to Sarah and William—nicknamed “Willie”—Brown, who painted railroad signals for a living. I would see him when the family visited Scotland on occasional summers. I remember sharing a bed with auld Willie when we visited the grandparent’s house in Clydebank. He made old man sounds in his sleep. 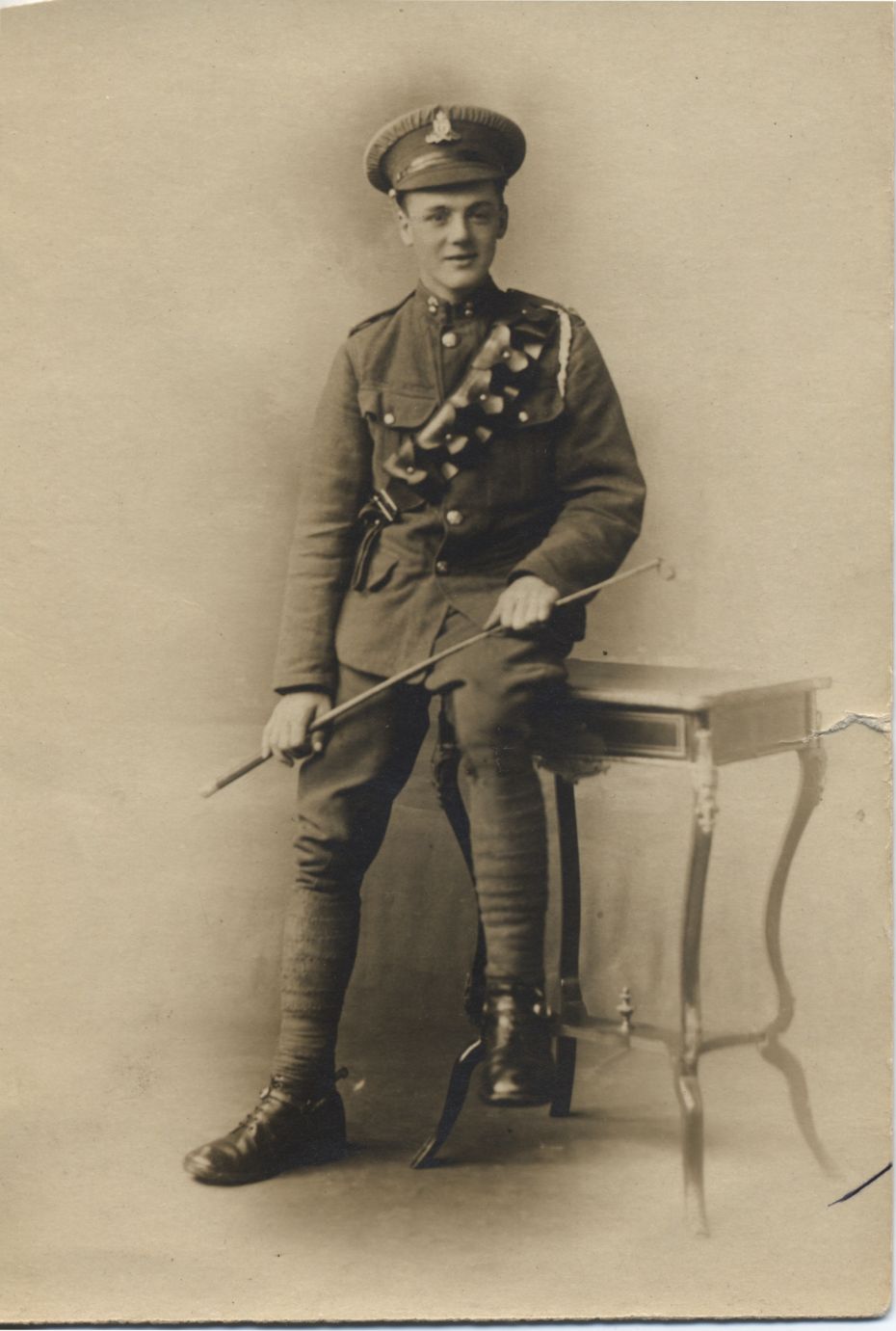 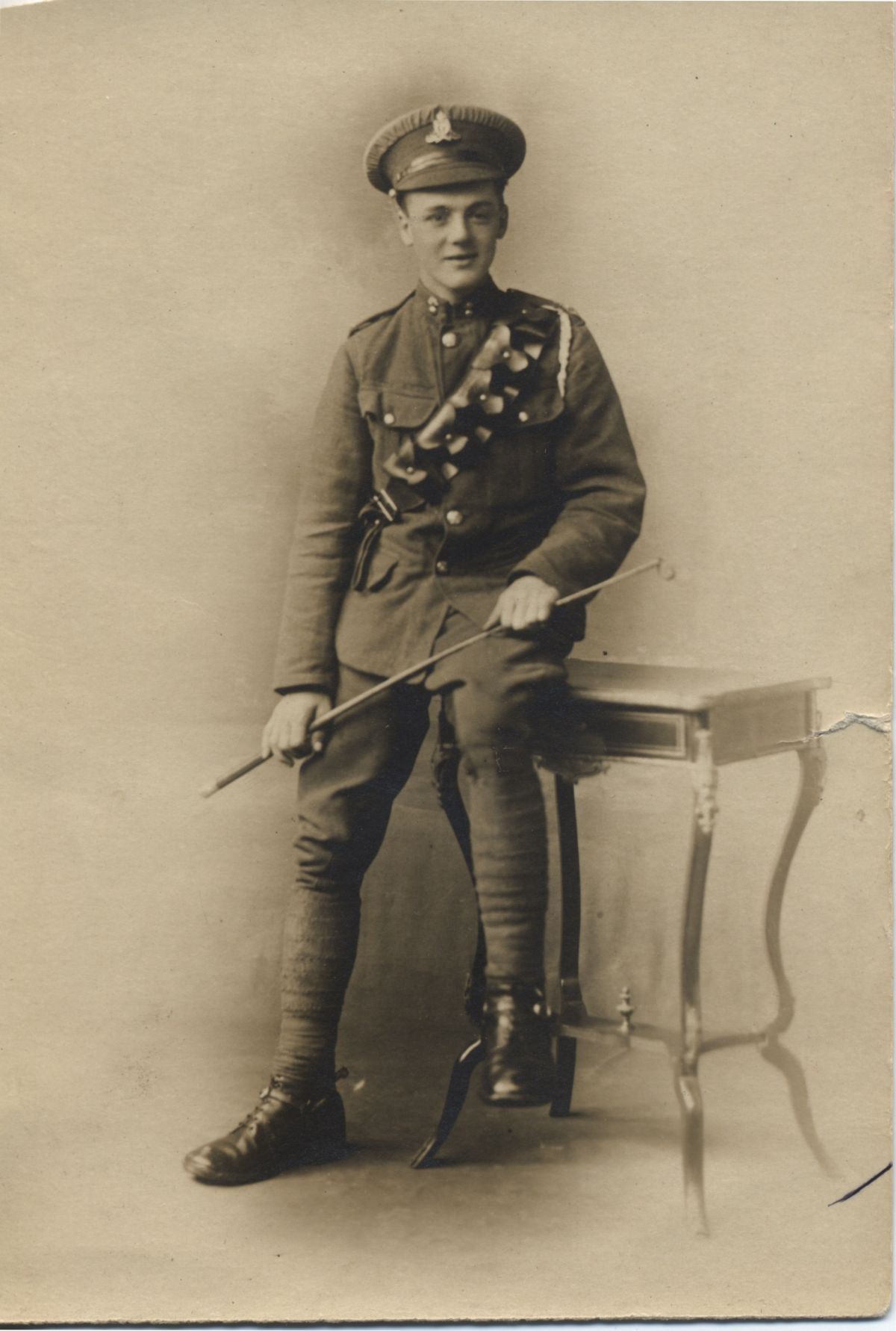 Our mother was named after her maiden aunt Emily, who lived with the Browns. Emma had an older brother, Andrew, and a younger sister, Ina. Since her mother was one of eleven (!) and her father, the youngest of thirteen (and this was not even the Catholic side of the family!!), she had many aunts, uncles and cousins in Glasgow and even more in the country side in the south of Scotland. In the eleven-plus exam (which determines which kind of high school you will attend: trade school or academic) she scored first in Glasgow and was given a scholarship to attend Hillhead, a selective academic school at the time, where she received the “Dux” award, given to the top student in the school.

Despite these achievements, she had to quit high school to work in the office of a raincoat factory (my guess is that everyone had to chip in with the family finances), but soon she sat the civil service exam and got a job in the post office, which, in the UK at that time, involved a lot more than letter delivery—it served as a communications center and savings bank. She was responsible for sending telegrams, which was how important news was sent. (Few families had a telephone at the time.) She was only 18 at the start of WWII.

The war, with its blackouts and night bombing, lasted a long six years in Glasgow. The rationing of just about everything, which started at the beginning of the war, lasted long after the war was over. The repercussions were long lasting: since real butter was still very limited, Tom always gave his rations to Emma, which was very sweet. After rationing ended, Emma and Tom always indulged in the real thing—Tom refused to eat margarine once he didn't have to.

It was at a dance, after the war, that this young former Navy officer asked her to dance. Despite his lack of skill at dancing, she enjoyed his company and agreed to a future date to see one of G.B. Shaw’s plays. A few days before the play, he gave her a copy of the play and told her that if she didn’t have time to read it all, to just read the introduction. (Shaw’s introductions were often longer than his plays!) Can you imagine being given homework before a date? Let’s just say Tom was serious, and this was his way of showing it.

After they had been dating for a while, Emma went on a hostelling trip with some girlfriends to the north of Scotland. (That’s Emma, second from the left.) 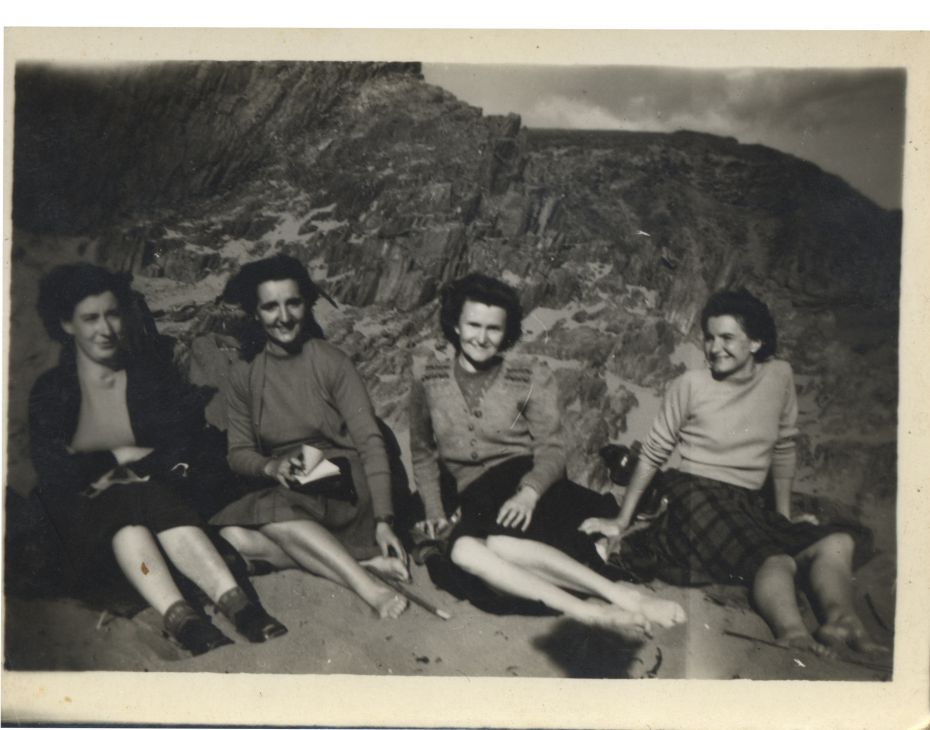 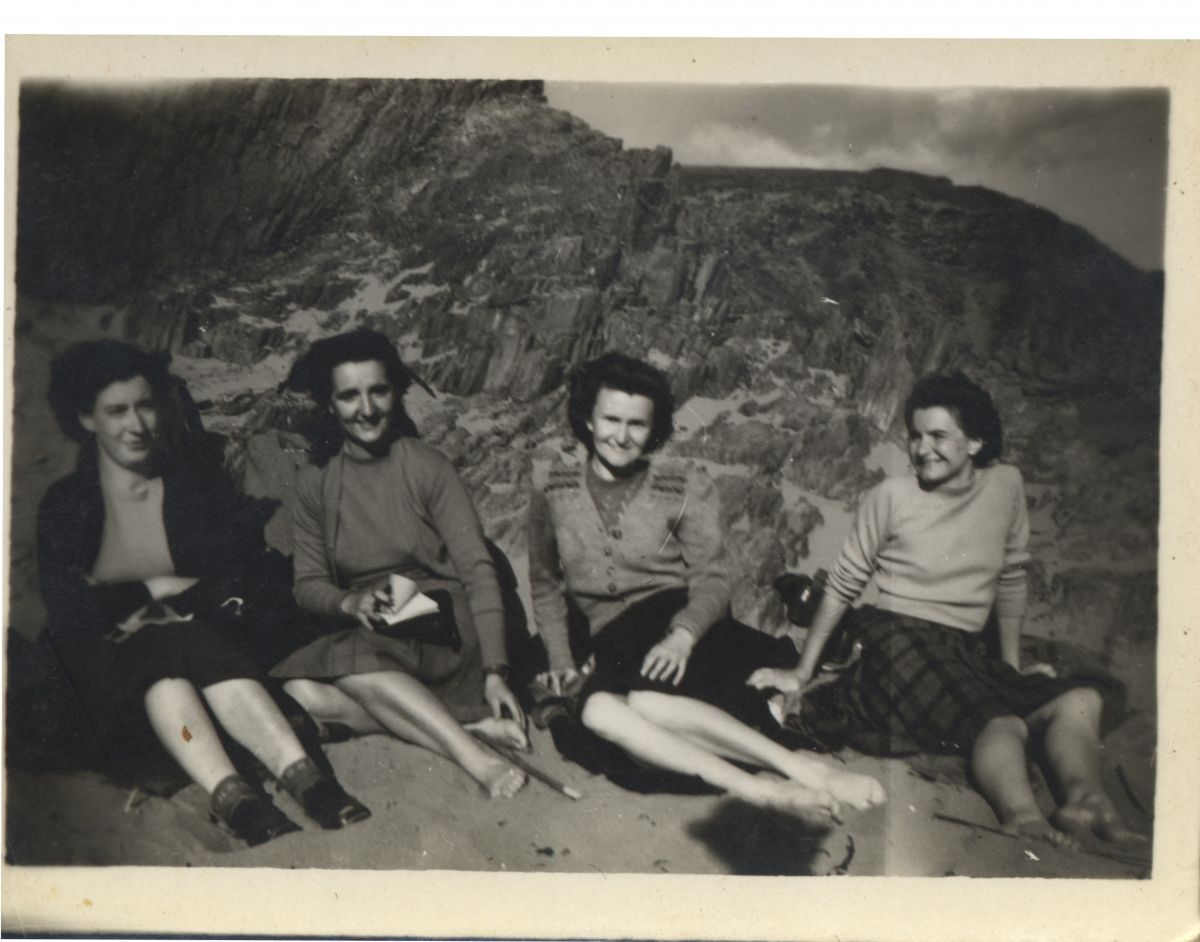 Tom had his mother bake a cake and he mailed it to one of the hostels on her route so she’d get it on arrival. Tom must have missed her, as when she returned he said to her, “Don’t ever leave me again,”—a cross between a declaration of love and a command, which in some ways defined their relationship.

Within a few years, Emma and Thomas Byrne were married. 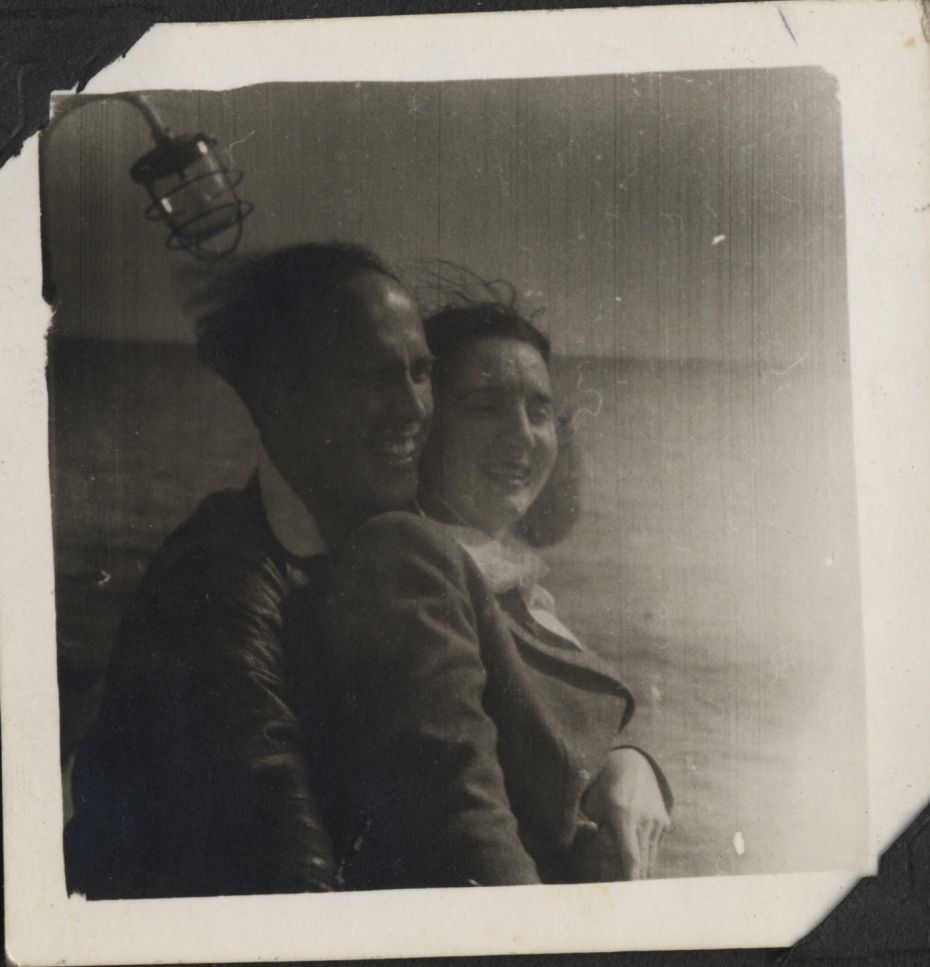 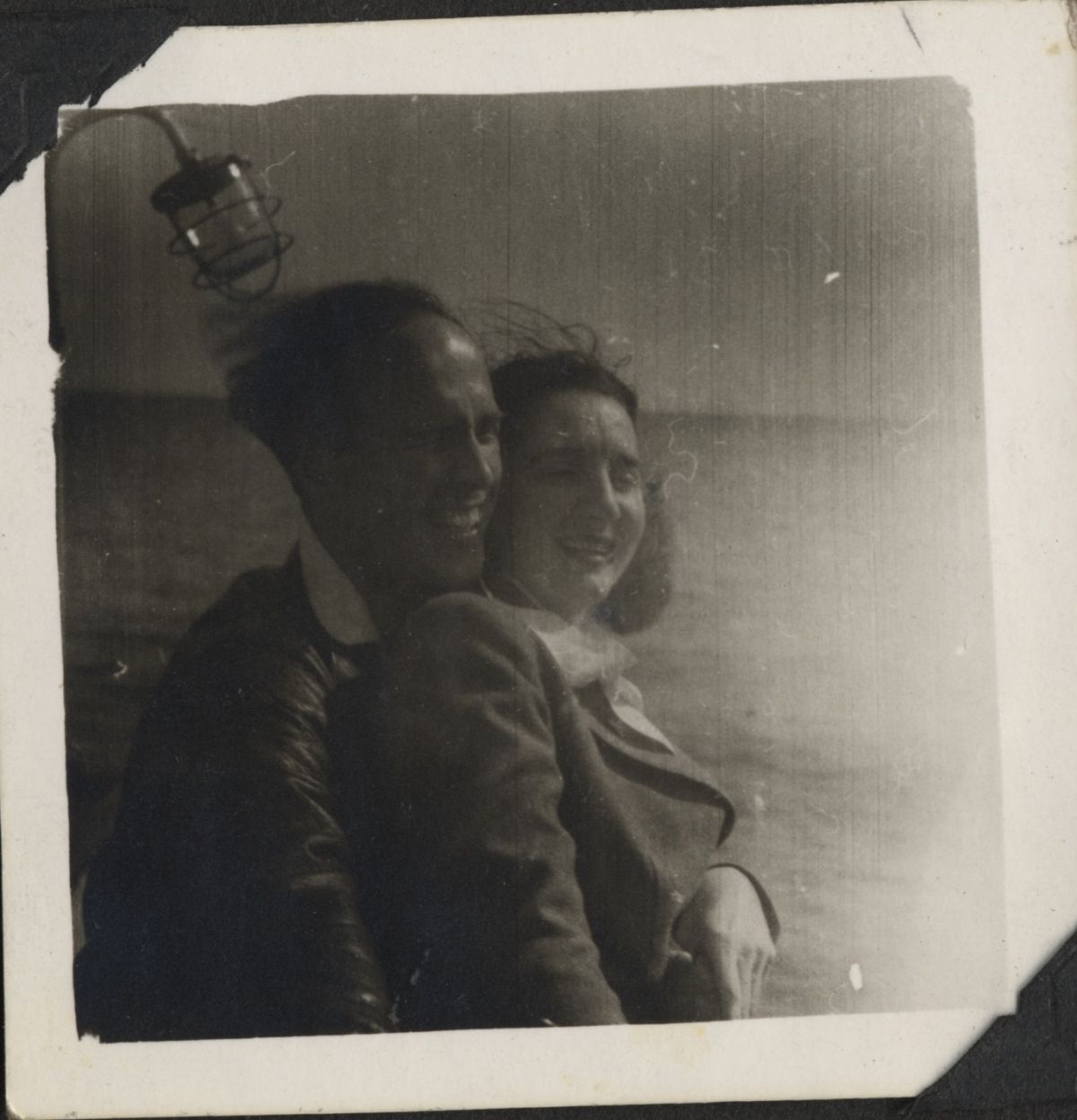 Theirs was considered a mixed marriage, and maybe it still would be in Glasgow. Emma’s family was Protestant and Tom’s, Catholic. Glasgow is not Belfast, but it is not far behind in religious animosity: you can still get beaten up for wearing the wrong color in some neighborhoods. (There are even two soccer teams—one for each branch of Christianity.) Some family members (on both sides) didn’t approve of the marriage, and boycotted the ceremony. Others threatened to sever their relationships to the young couple. It must not have been easy for Emma and Tom, who were very much in love. (See “I Know Where I’m Going” lyrics.) Emma was able to take a few courses at the Glasgow Institute of Art and they soon set up home in nearby (but just far enough away) Dumbarton, where Tom found work as an electrical engineer. A few years later, in 1952, David was born.

The young family relocated to Canada in 1955 when Tom, given his technical skills, was offered a job in Hamilton, Ontario by Westinghouse Electric. (This was known at the time as the “brain drain”: North American companies sought out skilled, trained—and often unemployed—workers in the UK.) The plan was for a temporary move that would provide income and employment as well as give them the opportunity to see some of North America for a few years before returning to Scotland.

Would they have jumped so quickly at the chance to emigrate if they weren’t facing the “mixed marriage” issues? Hard to tell, and they never said. Celia was born in Canada three years after they arrived, so the return plan was little by little receding from view. As a family, we would go back to visit the relatives every couple of summers, which—given the cost of plane tickets—must have meant that Tom and Emma were doing OK financially. 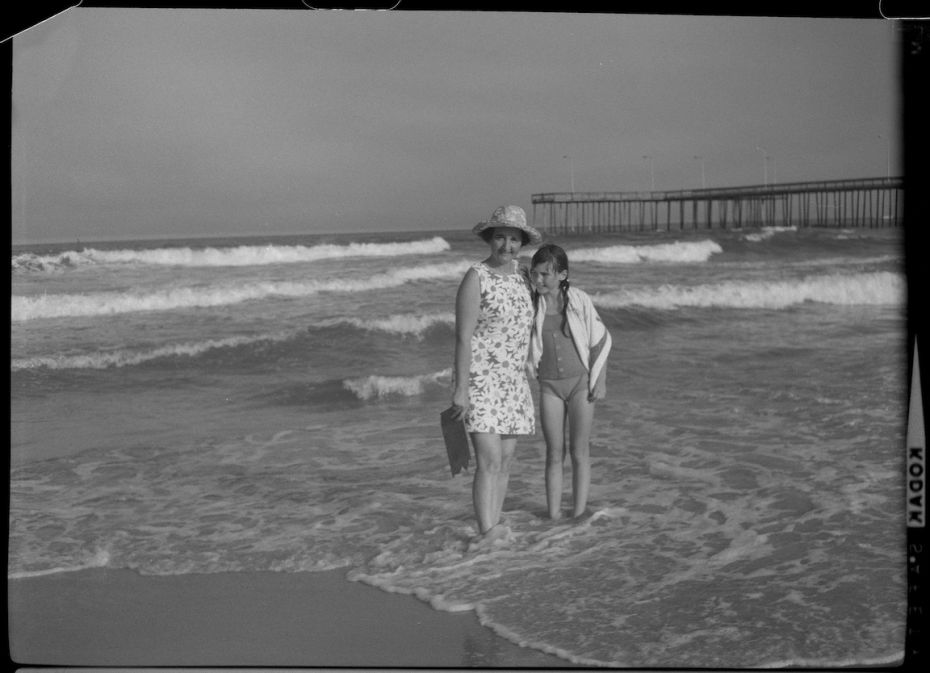 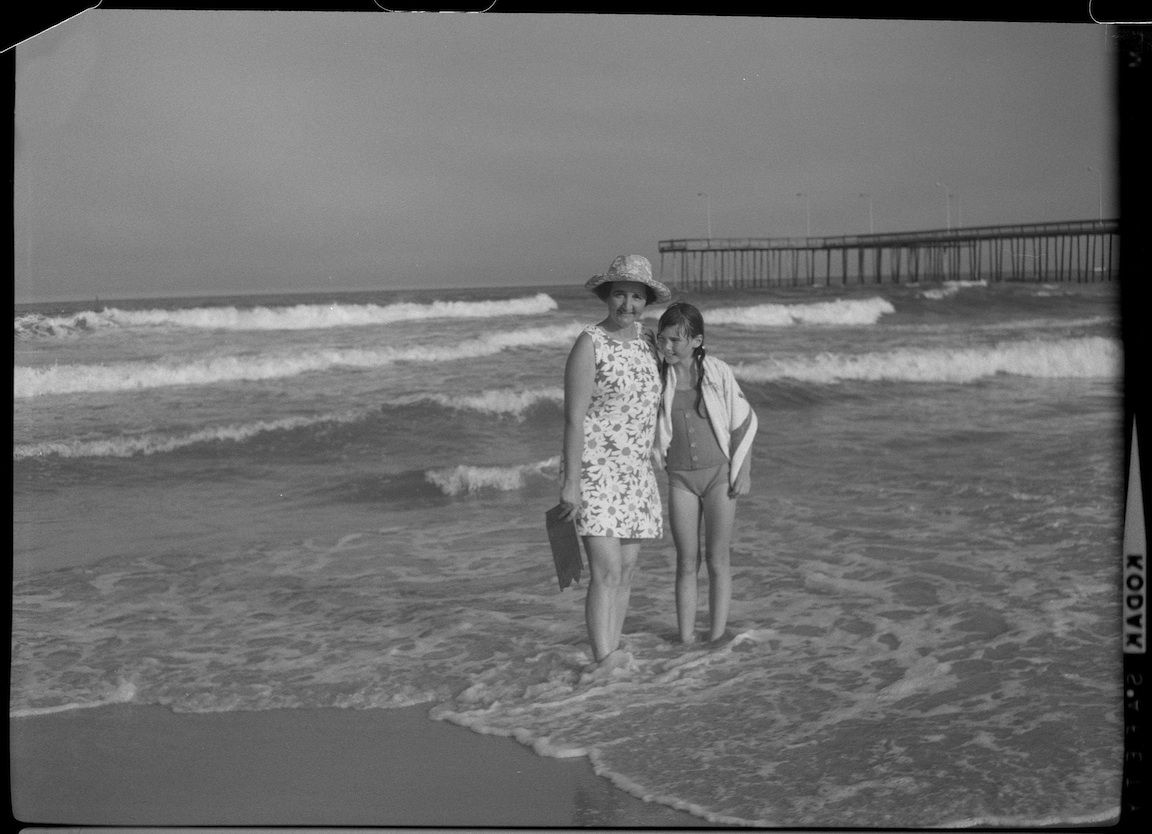 Emma continued to take a few college classes in Canada. However, three years later, Tom got an offer from a Westinghouse branch in Baltimore, Maryland and the family moved to the Arbutus area. Emma began taking night classes at Johns Hopkins in downtown Baltimore for her own interest, since she had never finished high school. Tom would help Emma with her homework, and there were discussions of psychology, biology and sociology in the house. When Emma was taking night classes, we got to eat TV dinners—a treat in those days.

With over half the credits for a bachelor’s degree and a 4.0 average, Emily A. Byrne was accepted as a regular degree student at Johns Hopkins. Now that a college degree was no longer just a dream for her, she began to attend UMBC, which opened within a mile of our house, as a full-time day student. Although a “mature” student (which is what she was referred to when quoted at a student anti-war protest), she graduated summa cum laude with a degree in sociology in UMBC’s first graduating class in 1970. Being a full-time college student from 1968-1970, we witnessed a time of change in the U.S. The family went to many of the protest marches in Washington during these years to speak out against the war in Vietnam. She also spoke out for women’s rights in the beginning of the “second wave” of the women’s rights movement.

After graduating, Emma was accepted into a new training program to develop special education teachers in Baltimore. She began to teach special education kids in downtown and it was as much of an education for her as it was for the kids. Emma discovered that the special education schools were dumping grounds for all the kids that didn’t fit into regular classrooms: hard of hearing, dyslexic and anyone else. She was frustrated and butted heads with the administrators more than once. Emma developed an innovative program that has since been emulated elsewhere: a fake supermarket where kids could learn about food, learn to comparison shop and do the basic math needed for that. It was obviously practical and that practicality and fun motivated the kids in ways that the abstract, rote learning didn’t. Her innovative techniques in teaching soon drew attention and she was selected to head the “supermarket” program in a new school. Her teaching did not stop in the summers, as she would bring the kids from her class in Baltimore City out to Columbia to go swimming in the summertime.

Emma began attending Friends (Quaker) meetings on Sundays at Sandy Spring after moving to Columbia in 1970. She was drawn to Quakerism, partly due to their activism and protests against the Vietnam War (or the “American War,” as it is known in Vietnam). The democratic and ecumenical nature of the “worship” community was no doubt attractive as well, and many of Emma’s lifelong friends from this point came out of the Quaker community. She felt as if she had found her home and she joined Sandy Spring Meeting House.

After retiring, she often said she didn’t know how she had had time to work, as she was busy with their garden, volunteering at the Howard County thrift shop, as well as her work in the community for peace and social justice. Her activism never ceased—she was one strong-willed, protesting granny. At one demonstration in Columbia, Maryland during the run-up to the Iraq invasion, she was assaulted by passer-bys as she stood with her sign that said, “War is not the Answer.” This didn’t stop her. I have a feeling that many of the supporters of that invasion have second thoughts now.

We were proud of our mother for standing up for her principles and beliefs…she was a great example for both of us and for our own children: Malu, Linnea and Henry. She received the Martin Luther King Award for her work on Peace and Social Justice issues in Howard County, and in 2003, UMBC recognized her with a special Alumni Award for her community action work. Her work in the community was also recognized by the Howard County Commission.

Emma was generally supportive of what we were doing—creatively and professionally. Through David, she started her movie career with parts in “Something Wild” and several music videos. Whether it was David’s art and musical endeavors or Celia’s research work, she was proud and supportive of the work we did.

Emma loved to sing: starting from solos she had sung in church as a young girl to “The Man Who Broke The Bank at Monte Carlo” (which we heard more than once) and the title song from her favorite film “I Know Where I’m Going.” (See above.) Whatever she was doing, there was always a song that fit the situation. Becoming a grandmother gave her the opportunity to sing even more, as there was now a new and interested audience. She even combined her activism with her love of song in her “Peace Rap,” which she wrote as a teaching aid for the kids in her class.

Emma and Tom moved to Friends House a few years ago. She especially loved the place: the sense of shared activism, the common hopes and beliefs among the Friends House community; it all made her feel very much at home. There, she found time to explore some of the artwork that there had not been time for previously.

She kept her early promise to never leave Tommy, but she was deeply saddened when he left her at the end of October, 2013.

She’ll be missed by all of us.