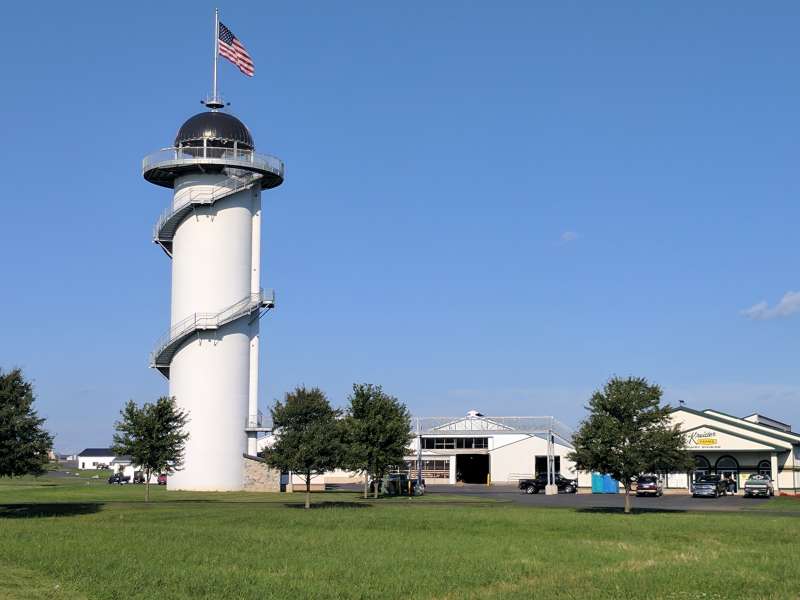 On Indian Village Road in Penn Township, PA near Manheim, stands this tower. It stands in front of what they refer to as the Kreider egg farm, and off to the right is their dairy farm. It’s pretty much off the beaten path, on a farm road that is not heavily trafficked. It’s a real shock to see this thing in the middle of rolling mostly Amish and Mennonite farmland. Biking by, one first smells chicken shit and then a little further on, manure—depending on which direction one is cycling. Actually neither of them are bad smells. But what is the tower about? Why is it here? What purpose could it serve?

I asked around and this is what I was told by the locals:

Some years ago there was an outbreak of avian flu which was devastating for poultry farms over much of the U.S., but at the Kreider Farm, none of their birds got ill. Due to the tragic epidemic, the price of eggs soared and farmer Kreider suddenly came into some unexpected money.

He announced to his neighbors that he was going to build a tower using his new wealth. “You’re going to do what?” was the reaction. His plan was to repurpose an old silo—a very very large one. And connect it to the farm “visitor center”, where they do tours.

From the Lititz Record Express:

"Ron Kreider, said that the century-old silo had not been used for several years, and the 480,000-pound concrete structure was located elsewhere on the farm. Its 300-yard move last May was a painstaking trek that can be seen in a video on the businesses’ website, kreiderfarms.com, and on YouTube. It was the largest cylindrical silo to be moved in the U.S.”

“‘I got the idea for the silo project a few years ago on a family trip to Paris. Like many other tourists we went to the top of the Eiffel Tower. People like to climb to the top of things to get a view. The silo project started as a way to enhance our farm tours, but it’s so much more than that,’ Kreider explained, ‘It’s about community, land stewardship and transparency. This is a live farm, {what people see here} is not staged. To preserve modern agriculture, we need to educate people about what it takes to provide safe food.’”

The tower was dedicated in 2016. It was eggs that funded the structure, so really it should have been a chicken costume in the photo below. 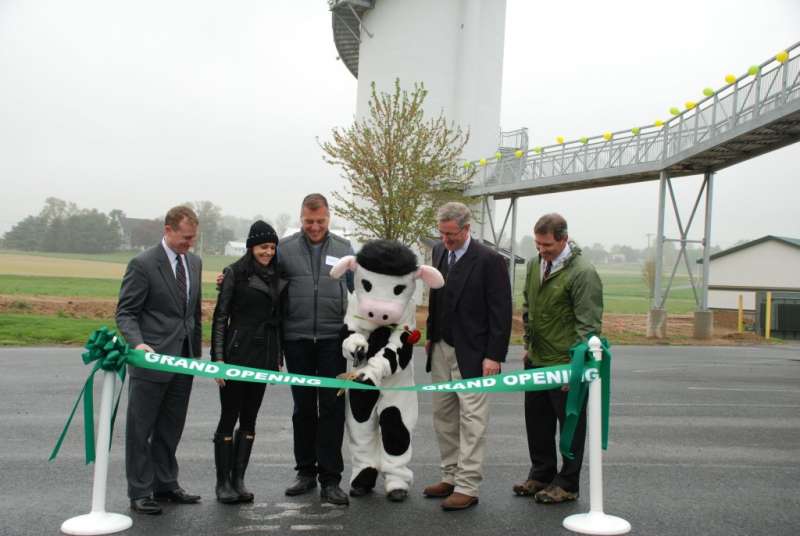