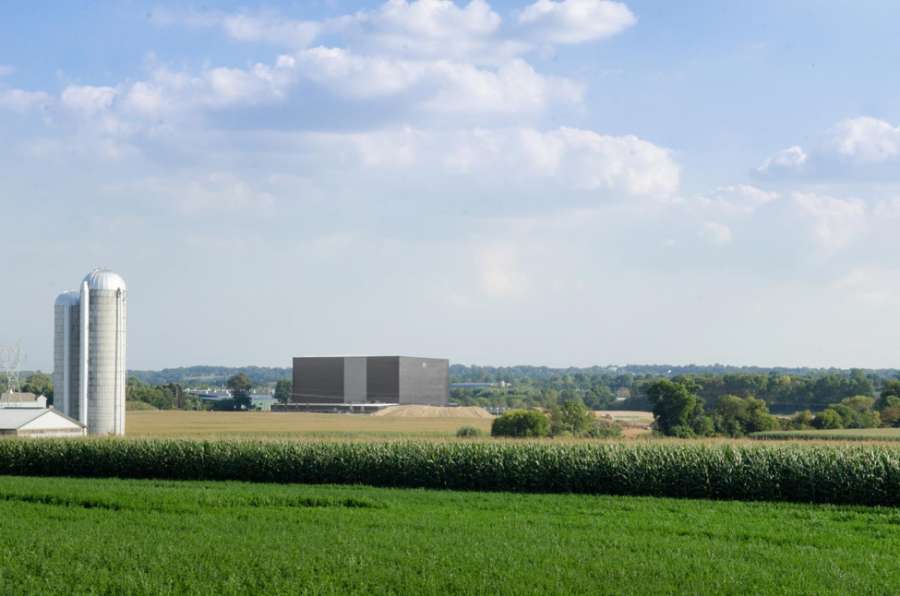 I’ve been in the tiny town of Lititz (and Manheim) Pennsylvania testing out lighting, wireless and staging technology for a music tour next year. Why here? In the middle of Pennsylvania Dutch country? (I biked to and from the local hotel and saw a bearded man tending his field with a plow pulled by four horses. An elderly woman in a long dress and a bonnet passed me on her scooter bike, going the other way… we waved to one another). 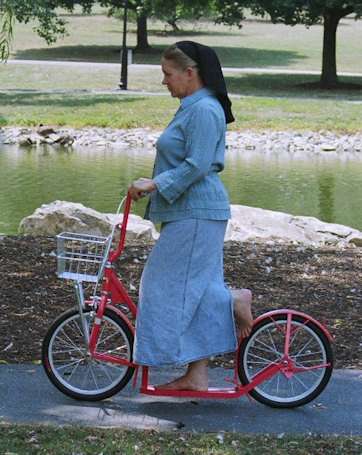 I came to a fork in the road… I stopped to check my directions; I was about to take the wrong road, as this convenient Mennonite sign reminded me. 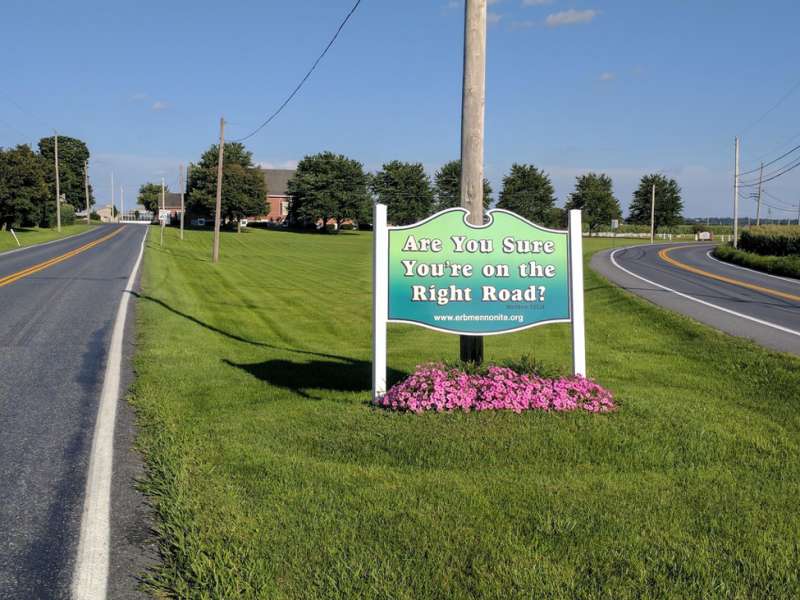 Photo courtesy of the author

This area—Lititz and neighboring Manheim—has become a local hub for sound reinforcement (which means speakers and mixers for events and concerts) and the development of concert sets and stage technology. A company called TAIT, which got its start here in 1978, builds the sets for U2, Bruno Mars, Beyoncé, Kanye, Radiohead, Paul McCartney, and so on.

We’ve all seen the end result from these artists, but few know where it comes from. 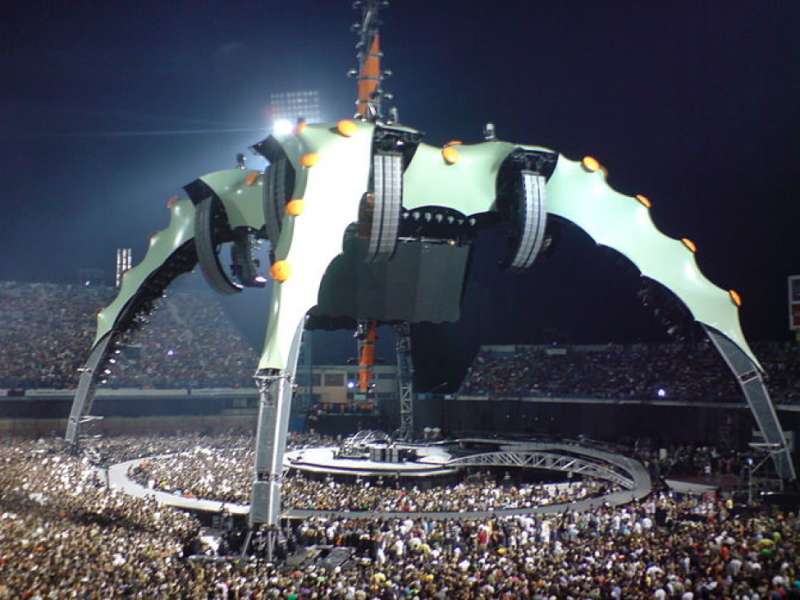 Katy Perry’s people have just arrived to erect what will be the stage and set for her next tour, and she’ll be here too, in the middle of Pennsylvania farm country, to commence rehearsals. Other companies that are involved in this world have opened up shop here—video production and technology, wireless tech, etc. A hotel to house tech crews and visitors is coming soon.

The area has passed a threshold—as more show-related businesses cluster around one place, one might see a kind of creative synergy as result of all the clustering. The nearness of related talent and skilled technicians invites shared knowledge and coordination. The NY garment district is an example of this phenomena, as are Hollywood, Silicon Valley and Route 128 around Boston. A recent article in Forbes uses Lititz as an example of this phenomena.

In Lititz, it all started with the Clair brothers, whose audio company has been providing PAs for touring acts for decades.

OK, some of that might explain why these businesses have flourished here, but it still doesn’t explain why here? My friends all asked me, “What in the world? Why would that be there, of all places?” I said I’d get an answer.

After being given a tour of the CLAIR facilities by the son, Sean, I made contact with the dad, Roy Clair, putting to him what my friends wanted to know. This is what I learned.

Roy’s daddy, who lived in Lititz, gave him and his brother a PA—a small public address sound system, when they were young. Now, this was not a system suitable for concerts; it was something they would set up at county and state fairs, for speeches, raffles, and other small events.

Soon enough, someone at the local Lancaster University branch heard about their services and asked if they could do sound for a music show.

“Sure," they said, though they'd never done a music show in their lives. They learned by doing and became known in the region as the guys to call.

Meanwhile, at the Fontainebleau Hotel in Miami, Frankie Valli and the Four Seasons were opening for Herb Alpert and the Tijuana Brass, who had hit records in the early 60s. Alpert had his own PA, which he used at the show, but he wouldn't let the opening act use it. "You use that," he said, pointing to some worn out little 12" speakers.

(I had a similar experience at a show in which Talking Heads opened for the Police and we were denied use of the video system, I was furious!)

Anyway, Valli was incensed, and when he got back to Jersey he was determined that he would never have that experience again; he'd have HIS own PA.

Someone told him about these brothers based out of nearby Lititz who did sound, so he met with them. Afterward he told his band mates, "They look Italian, I think we could work with them." Roy laughed “WE look Italian?” (True!)

The Brothers Clair went from the Four Seasons to Elvis and on and on… but it was a gift from daddy and Frankie Valli's shame and anger that gave them the start they needed.

Sidebar: "I heard Frankie Valli didn't really like rock and roll,” I asked Roy.
"No, he didn't, his idol was Sinatra. He loved Cole Porter and the ballad singers."
"Ah, but he knew what was going to appeal at the time."

And now he makes more on live shows than he ever did, thanks to the Broadway show, Jersey Boys.

What I get from this story is that, for the most part, my assumed explanations as to why this music and tech complex sprouted and grew here, were wrong. Probably like most people I assumed there were practical and rational economic factors that explained why this and why here. A confluence of nearby interstate highways maybe, allowing easy access to markets and resources. Or maybe it was not even highways, but proximity to a sizable number of markets-—Philadelphia, Baltimore, DC, NJ, Cleveland, Pittsburgh and more. Maybe there was a university or some institution nearby that was turning out trained audio engineers—Lehigh University maybe?

Those factors (except the last one) did help the business flourish once it was established, but they don't explain why it started here. That, it seems, is explained by Mr. Valli’s ego, ambition and emotion—his shame and anger. It was his emotions which led him to seek out the Clair brothers. A rational economic decision it may not have been, but it led to the birth of what is now this little known and unexpected place, where the giant music tours we all know get put together. You've seen and heard what they do here, but most likely you didn't know where it came from; now you do.