Ed. Note: Fans of African pop music stumbled on some mysterious records years ago. They were recorded in the '70s and were by an artist named William Onyeabor and were unlike any other Afropop records out there—they featured topical lyrics and lots of synthesizers. Onyeabor was a well-known pop star in Nigeria for a while—but then he mysteriously disappeared. A few songs popped up on compilations and DJ mixes, but, as an artist, he and his music remained obscure—until recently. In attempting to license Onyeabor's recordings some unconfirmed rumors surfaced—it seemed he had studied filmmaking in Russia, had a religious conversion at some point and had erased his vocals off the recordings everyone had heard and replaced them with Christian-themed lyrics. Was any of that true? Information was sketchy, but the music was wonderful. Determined to get to to the bottom of the mystery Eric Welles Nyström travelled to Nigeria to see for himself. This is a part of his journal of that trip. 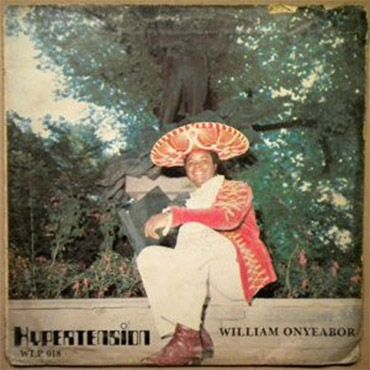 It's also worth noting that today marks the premiere of Fantastic Man—a documentary about the mythical and enigmatic William Onyeabor. Directed by Jake Sumner and presented by Alldayeveryday in association with Luaka Bop, Noisey and Phillips, the film presents "Onyeabor’s utter uniqueness and the lasting impact of his music" through interviews of musicians (like Damon Albarn), scholars (like Uchenna Ikonne), record collectors, and former collaborators (like Goddy Oku). Unfortunately, Onyeabor declined to be interviewed on camera, but, that combined with the rare look into his home—a dreamy, shrine-like scene of framed photos of William from the '70s, family members and Jesus lining a staircase rooted by a Moog keyboard at the base—only adds to the mysticism surrounding him.

My name is Eric Welles Nyström and I work for Luaka Bop. Originally, I come from Sweden. William Onyeabor comes from Nigeria and you might wonder what any of those things might have to do with each other. That’s what I’m going to tell you now.

William Onyeabor lives in a palace hidden in the woods, outside a town called Enugu, in southeastern Nigeria. The palace was built by Onyeabor himself in the late 1970s, through what he calls “a gift from God.” I believe it’s not too far away from where he first grew up, although I’ve never been able to figure that out. Enclosed by a white gate, a beautiful old fountain sits in what resembles a courtyard in front of the palace, which is surrounded by grand palm trees that shoot up to the sky like a postcard. A balcony stretches around the whole building, with majestic white pillars. 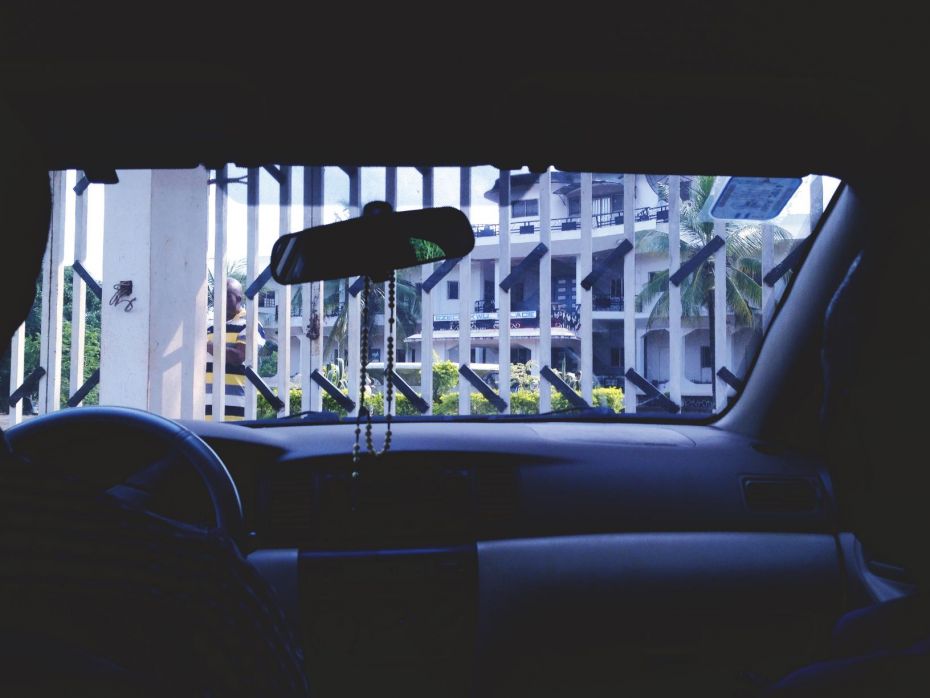 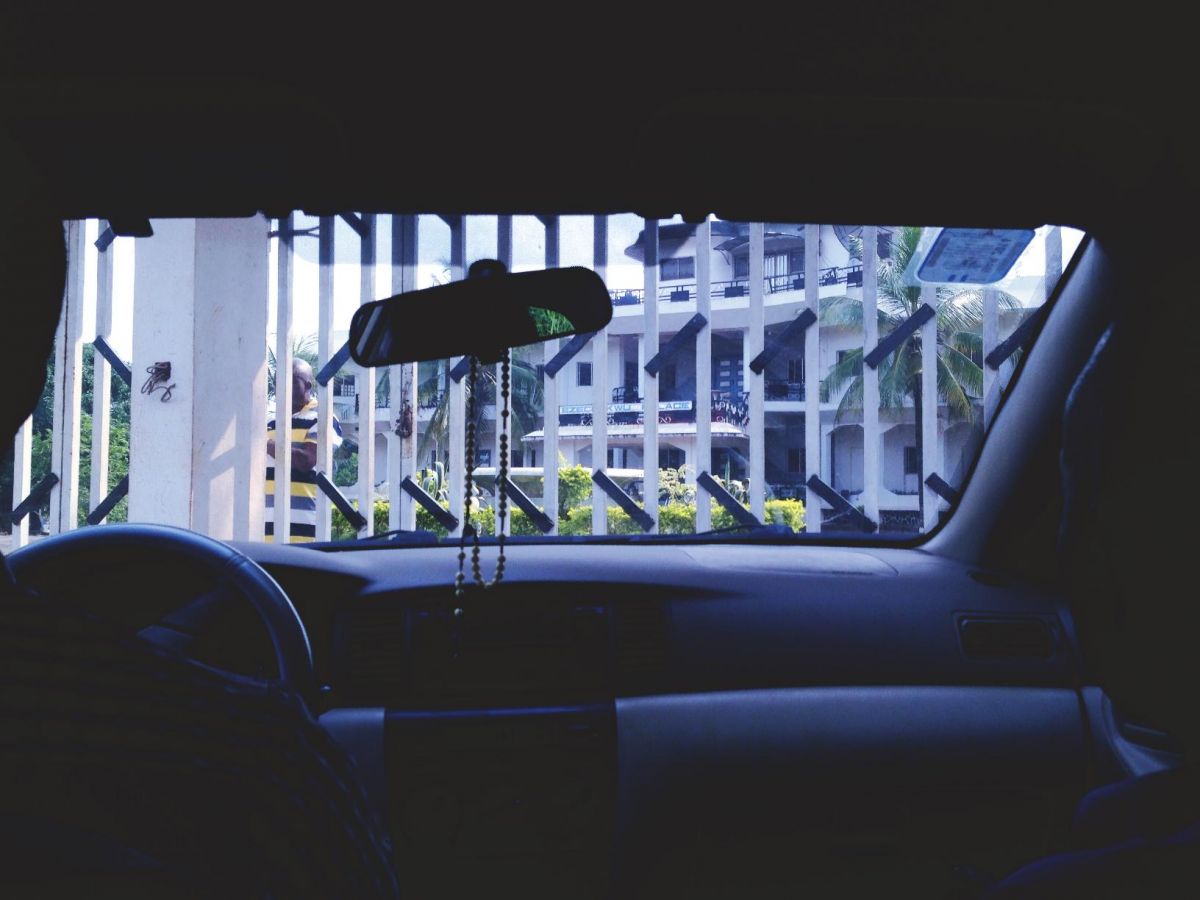 A flat, low-lying roof makes it look like a vintage resort of some sorts. On top of the roof, there is supposedly a heliport, however I’ve never been shown that. Parked in front before a magnificent entrance, is an old, silver Mercedes. The palace is called “Ezechukwo Palace,” which in Igbo means “God’s Palace." It is the most fascinating place I’ve ever been.

The first time I visited the palace was in the late summer of 2012. Yale Evelev and I had spent the last year desperately trying to figure out anything about William Onyeabor. Having reached a dead end with the people who knew anything about him in the U.S. and Europe, I decided to try and visit him at his home in Nigeria. Many would say it’s a bad idea to visit Nigeria in the first place, while the few people that had actually met with him in person strictly advised against it. I thought I'd just give it a try. I didn’t think it would give us anything in terms of information—Yale had spent the last four years trying to license Onyeabor’s music for a compilation he was working on, and, though Mr. Onyeabor had finally signed the contract in the summer of 2011, he repeatedly refused to answer any questions about himself for more than a year. The last time we had spoken to him on the phone, we inadvertently asked him the wrong question and he almost hung up. I was so nervous during that call, I thought he’d never speak to us again. Many, many months later of having spent all waking hours thinking about him, and obsessively dreaming about him, all of this came tumbling down to this moment. I was nervous as fuck.

Thinking back at it now, I guess the day that I first met Mr. Onyeabor felt like a scene out of a heist movie: at first I was taken to his office in town, which looks like a shut down business that is empty except for a stack of old computers behind a dusty counter, and with a clock on the wall that had stopped. When I arrived at the office, a woman asked me if I was from Russia. She then nervously took me out of town to what I understood would be his house. We drove through smaller towns and then through dense bush—always within eyesight of a biblical message preaching Jesus Christ and eventually got to the front of William Onyeabor’s palace, where I was lead inside and asked to wait in his living room.

Now this room is a whole other kettle of fish and something I could go on telling you about all day (There is the most extraordinary stairway built like an altar that feels like it’s shining in gold! An immense sofa that will seat at least thirty people! Twelve white pillars—one for each of the twelve apostles! Organs, keyboards, synthesizers, and other instruments scattered around the room with old recording equipment! And countless photos of Mr. Onyeabor himself, shaking hands with dignitaries and receiving awards!)—but I’m not going to do that. After waiting there for a few minutes—nervously thinking that someone was watching me from the many shut doors, like in an old spy thriller—I was invited upstairs to “The VIP Room,” where I finally met him.

William Onyeabor is a man who not only doesn't like to speak about himself, but more than anything, he doesn't want you to ask him anything about himself. Now, as I was finally allowed to reach this point, I was determined not to ever cross that line. I gave him a few gifts I brought with me from New York (a futuristic watch with a touch screen, and a USB key shaped as a Moog synthesizer, ha!), while we watched the rather loud and very intense preaching of T.B. Joshua on Emmanuel TV.

He looked at the watch and played with the touch screen, but he wasn’t able to fit it around his large wrist. I was immediately embarrassed and afraid that I’d insulted him, but instead he chuckled and said, “When you go back to New York, tell everyone that you gave me a watch, but that my arm is so big it will fit no watch.” I explained that the watch is from Sweden and developed by some friends of mine there, and I would be sure to tell them to make bigger watches from now on. He replied, “Yes, Sweden has always been a country of great manufacturing. Sweden and Italy have always been good manufacturers.” I was so surprised by this, and explained that I couldn’t agree more and that I actually happen to be from Sweden. He looked at me for a long time, and then said, "Wonderful, wonderful. Yes, Sweden and Italy, they were always great at manufacturing.” I explained that my father is from Sweden and that I lived there most of my life. Again, he took some time and looked at me, before starting to tell me the story of when he visited Sweden, in the 1980s:

“When I was younger, I went to Sweden to study record manufacturing. I went to the offices of Toolex Alpha (pronouncing it Tooolex Alffa, repeating it several times as I wasn’t familiar with the name), in Sundbyberg (repeating it Sundd-biee-berggh). I had a friend there whose name was Gunnar-Axel (again, repeating the name several times). He looked very much like you, although you are not as heavy as he was. I remember, once when I was there, we went to eat in a restaurant—it was at the big hotel in Stockholm. You know the hotel? Yes. When we got to the restaurant it was so dark in the room, I couldn’t see myself. It was like I almost didn’t know where I was, as if I had vanished. Then, all of a sudden we are standing before this large mirror, and in the mirror I see these five men, standing next to a white shirt. I realize that the white shirt must be me, and below the cuff of my white shirt was my hand. At last, I realized where I was.”

He then looked at me for a long time, before he started chuckling. Nervous as I was, I figured I better laugh too, and then I realized what he actually just told me.

On the last day of that trip, he asked me to come with him to his backyard. We walked around the house, along the many pillars that gave shade from the bright morning sun. We continued over to a corner of the house that is surrounded by high grass, where there were five large machines under some scarcely wrapped tarpaulin. He lifted up one of the wrappings, and proudly said, “Here Eric, here are my Toolex Alpha machines, that I bought in Sweden from Gunnar Axel. Look!” I was in awe—the machines were beautiful and all I could think about was all the records they must have pressed, how they once were in his own factory in town, and how they came all the way from that small suburb of Stockholm, now resting in the calmness of Mr. Onyeabor’s backyard. I began to wish we could get them all together again, restart his old factory and get the studio up and running again, just like it used to be. (During my most recent visit to Mr. Onyeabor in February, I asked if I could take a photo of the machines for this piece. Unfortunately, he declined.) 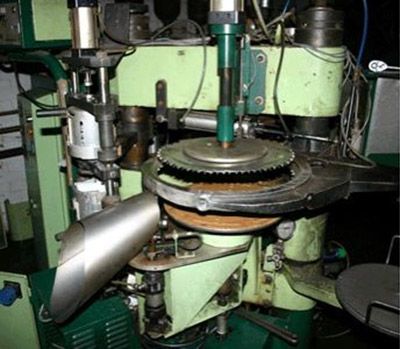 Although I’m Swedish and work in music, I’d never heard of Toolex Alpha. When I got back to New York, I told Yale about all of this and he immediately started looking up information about the company, while I started trying to find leads to Gunnar Axel (who I just have to meet!). Yale read that the company went bust in the early 2000s, but it was widely considered one of the best record manufacturing suppliers of its time. There still seems to be a lot of interest in their machinery, and through the kind help from the people of The Secret Society of Lathe Trolls we have found someone in Brooklyn who would like to purchase Mr. Onyeabor’s machines—something I know he would love to do. I have yet to find Gunnar Axel, but I’m determined to make that the purpose of my next visit back home. 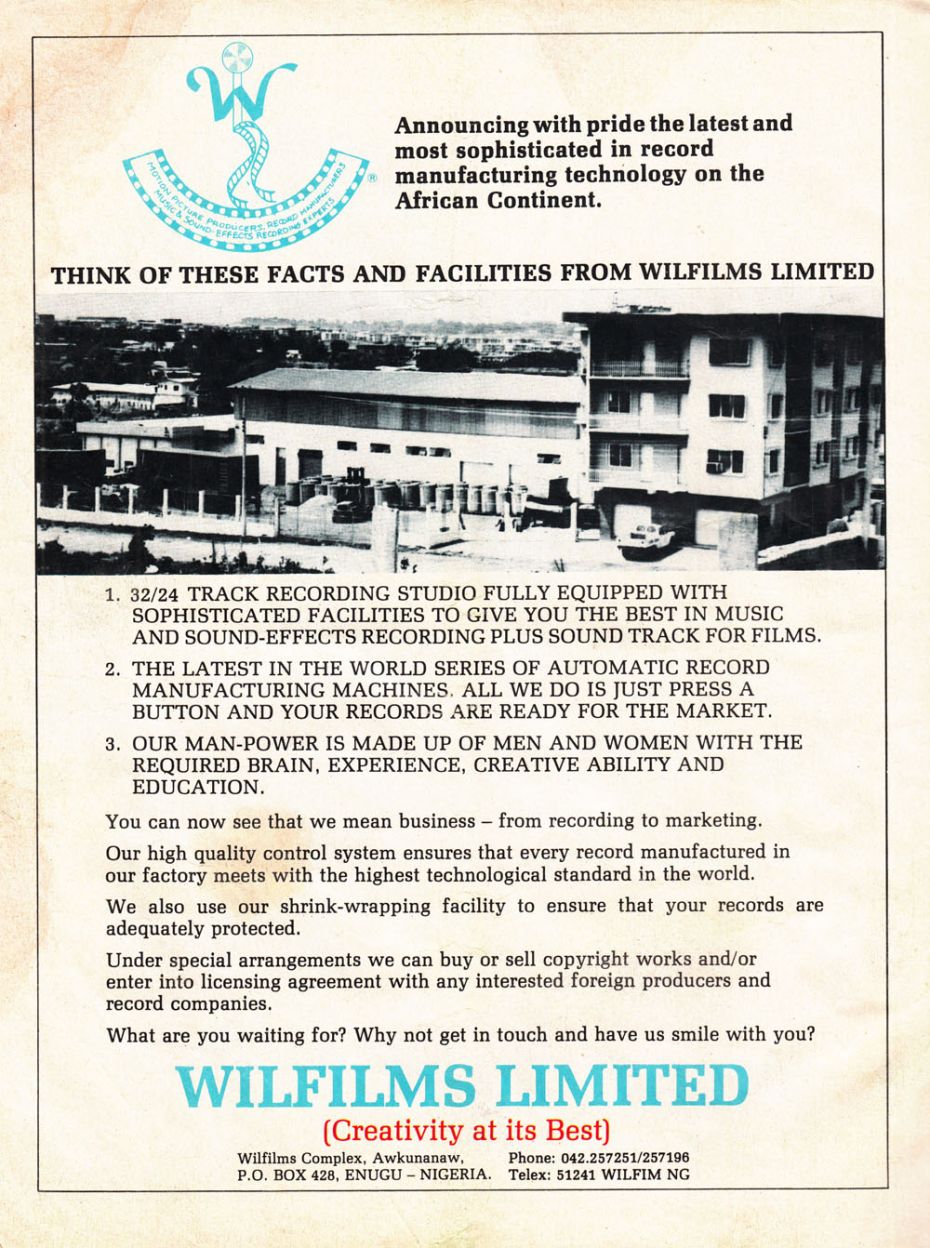 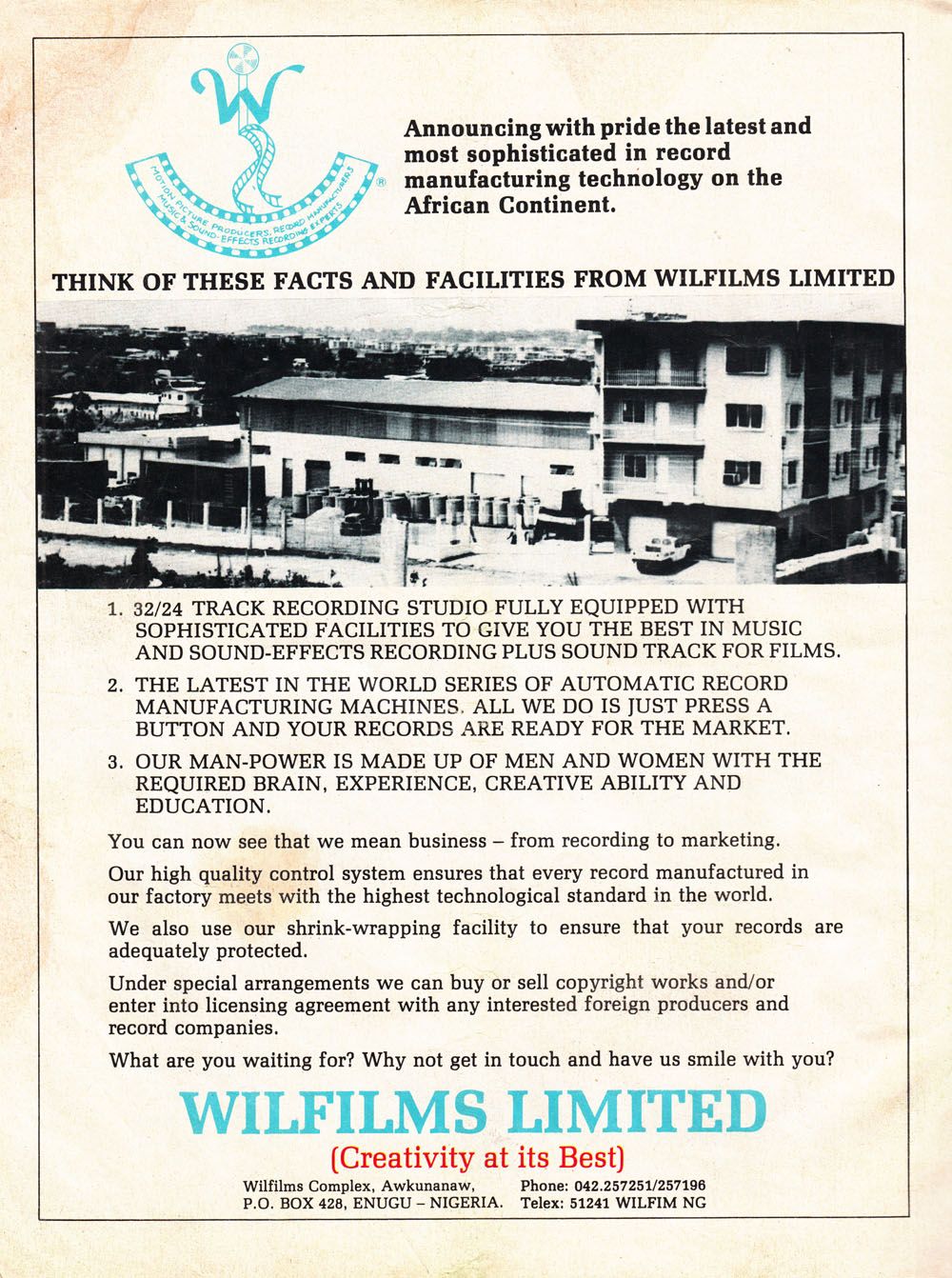 I’ve been back to see Mr. Onyeabor twice since that first trip. And still to this day, after countless hours together on the phone and many more hours together at his house, it is still that opening moment during my first trip that he told me the most about himself. 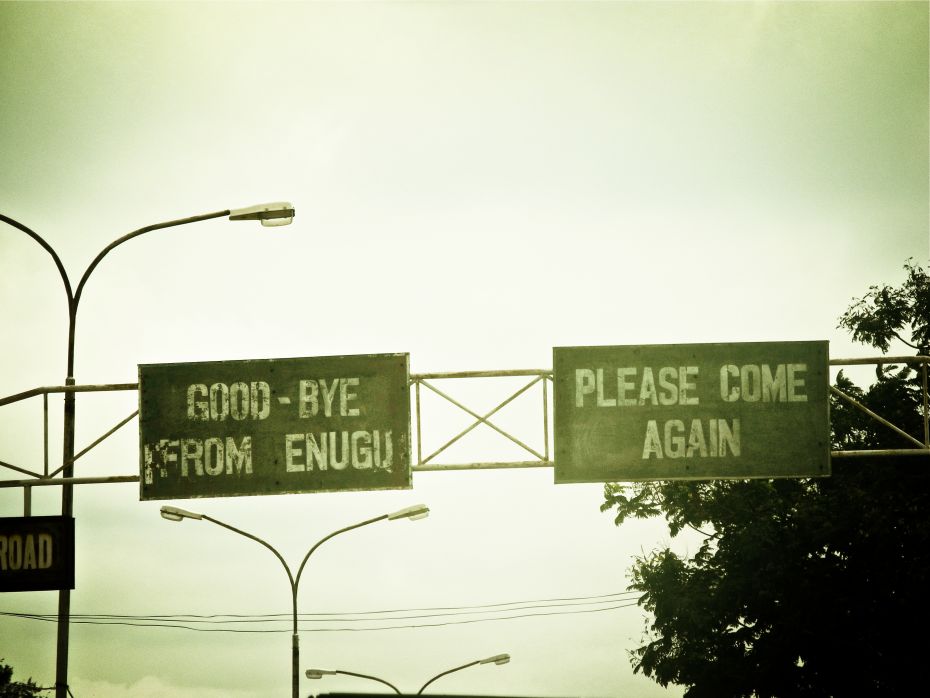 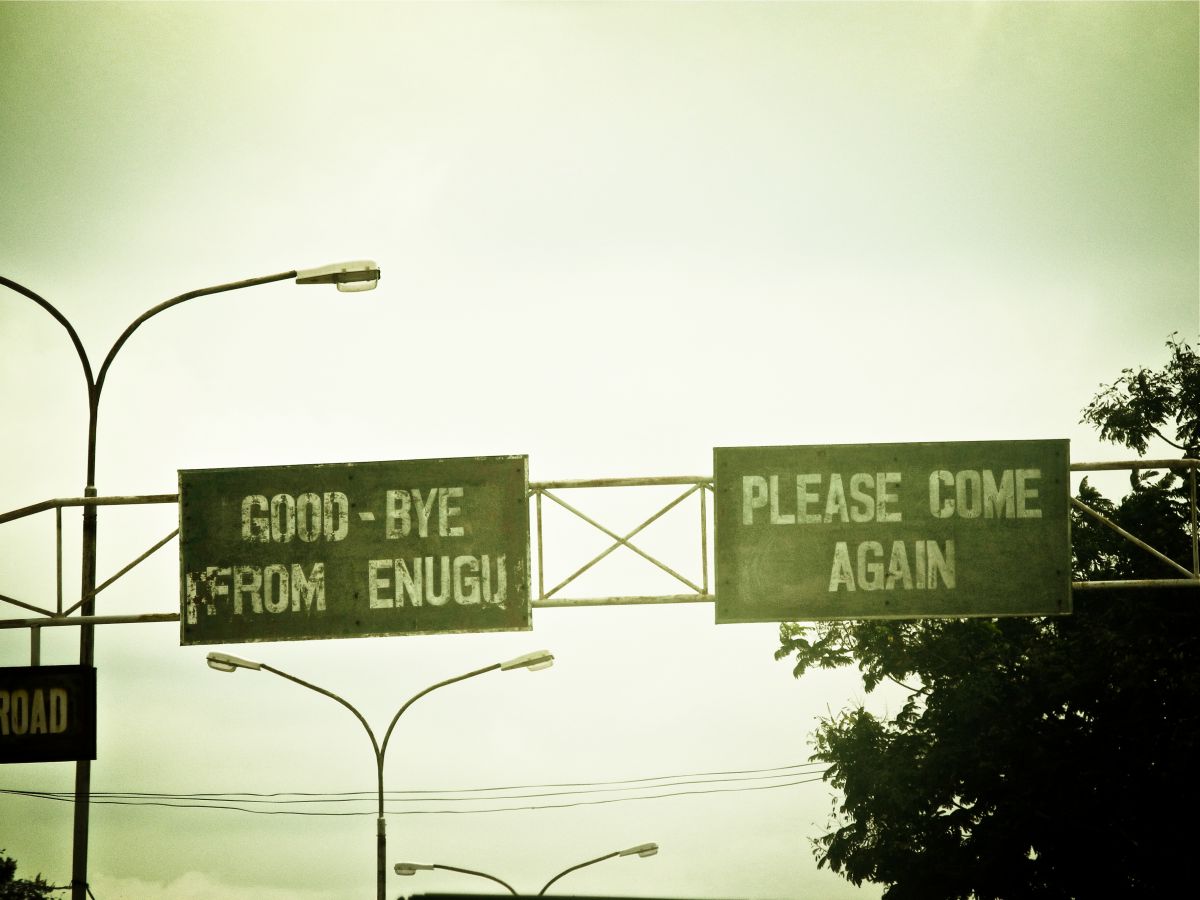 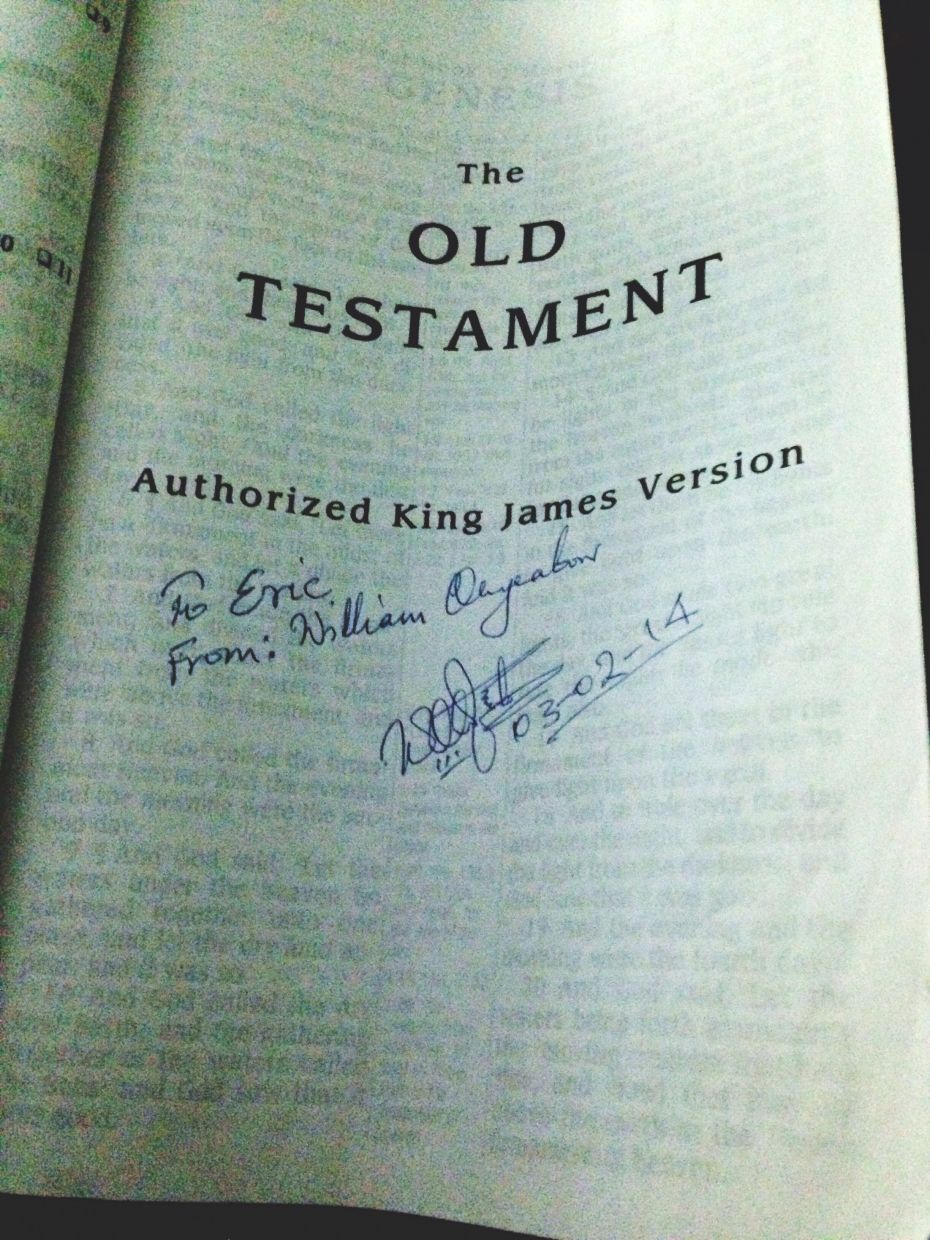 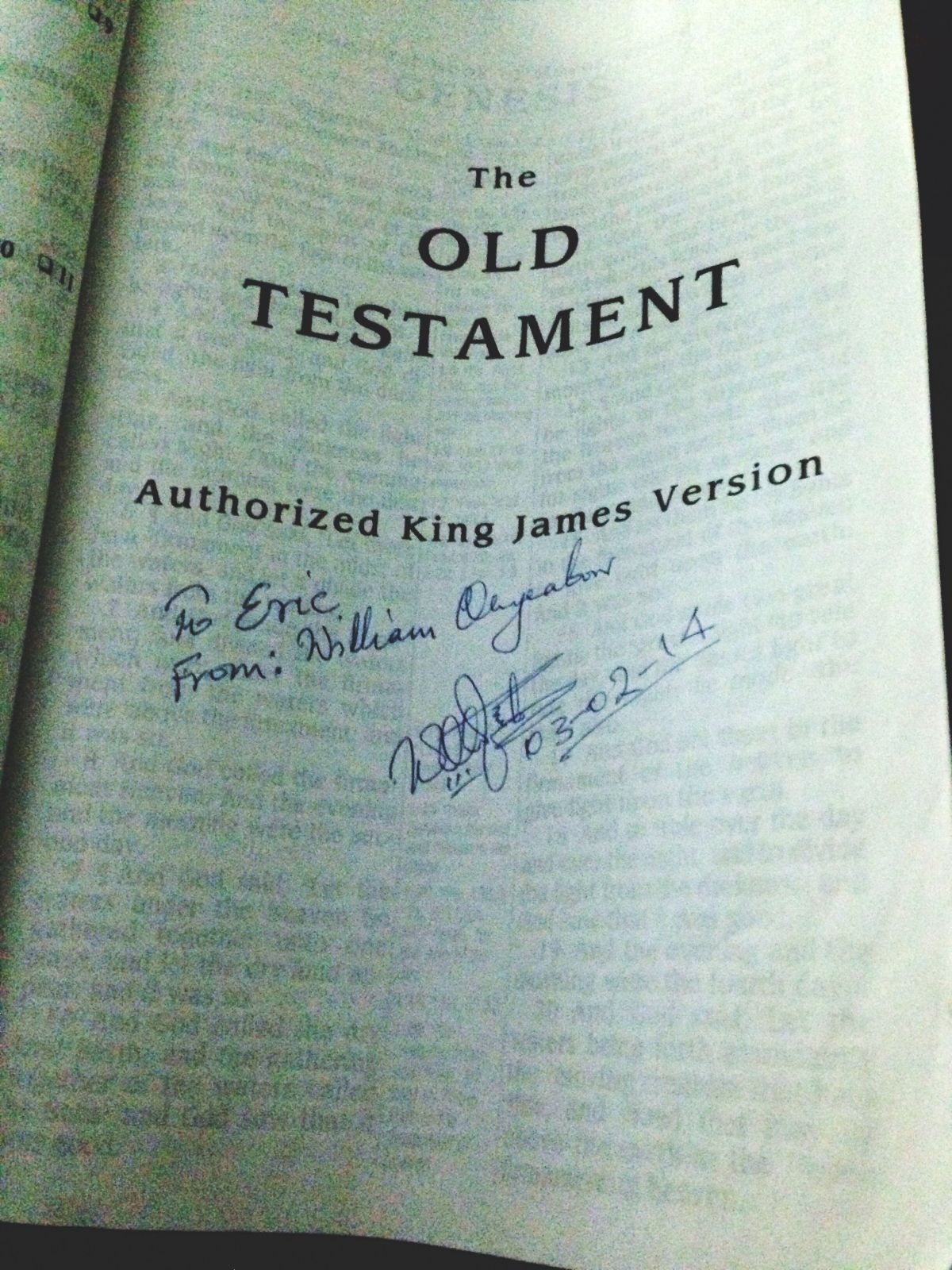