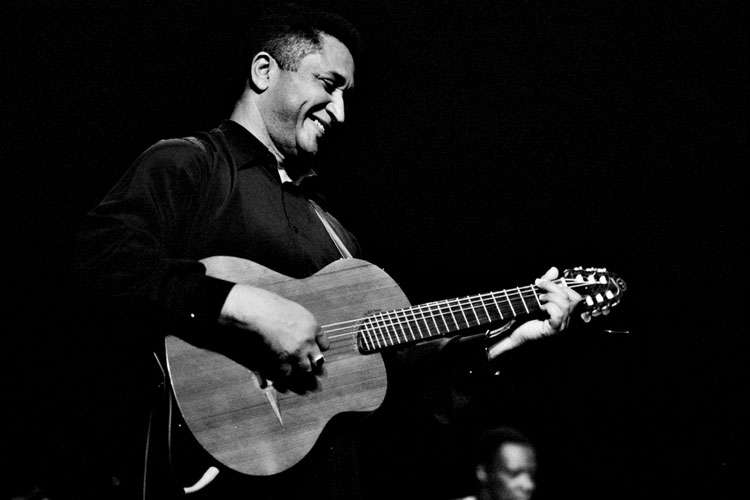 The great Angolan composer and singer passed away this week in Lisbon where he had lived for decades. We performed together in Lisbon and elsewhere, and my label at the time, Luaka Bop, released his first internationally distributed album, Pretaluz. Wademar wrote beautiful uplifting songs, but they were often born out of oppression. Check out his songs Sofrimento or N’Gana.

Waldemar’s songs spoke truth to power in sensuous seductive packages- and as a result he was jailed before Angola gained independence and then later after independence, he and other Angolan artists continued to be harassed and many, including Waldemar, went into exile. Waldemar ended up in Lisboa, the colonial capital….which was increasingly a home for many from the Portuguese diaspora- which created a beautiful cross cultural musical melting pot in that city. The native Portuguese, it must be said, didn’t always appreciate the music and culture of their former colonies that was now infiltrating their culture. We coined the term Afropean for this musical and cultural blend, which was occurring and flourishing all over Europe. Waldemar’s music is full of hope and beauty- an antidote to all he had been through. It will live on.