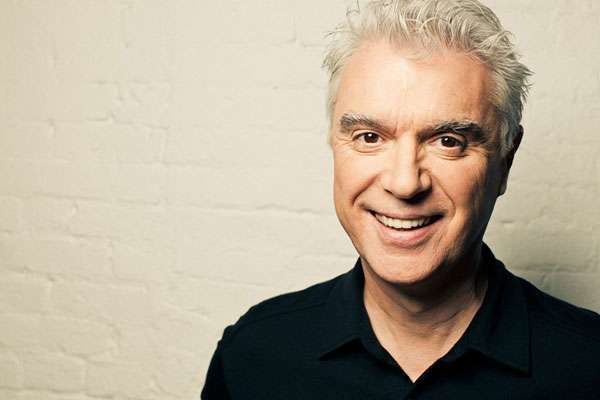 Cheers: Singer David Byrne will be lecturing at the opening to Bric’s Open festival on April 27. The artist will be discussing his perspective on current issues around the world, and why we should all be cheerful.

Cheer up and hear all about it.

The front man of the 1980s rock band Talking Heads, David Byrne, wants to put cheese on your mug. The musician will lay out reasons why people should be jolly during a lecture on April 27, which launches the three-day Bric Open Festival. In “Reasons to be Cheerful” Byrne will explain why the world is in the state it is now, and how to find joy in spite of it all, he said.

“My perspective is that what is happening now is the result of policies and forces that have been going on for decades, and to some extent, what is happening therefore shouldn’t be such a surprise,” said Byrne. “Which is different than saying everything is acceptable — and rather than pointing fingers and blaming, which I too love to do, I am thinking that, if we find some hopeful signs, that we might move forward.”

One of the main reasons the world lacks high spirits is economic disparity, said Byrne. He believes the unlevel playing field leads to wider issues and weighs on our personal lives.

“Inequality is a big one — it seems to affect so many other areas, and it’s bad for the greater economy,” he said. “It’s bad for health, education, innovation, quality of life — all of which affects everyone, even those who think they are others problems.”

To keep people optimistic, at the event Byrne will be discussing the growth of renewable energy around the world, the increase of parks in large metropolitan cities, advancements in public education, and countries like Finland banning coal for energy and diminishing the importance of car ownership. Byrne says a lot of places in the world could stand to model themselves after Finland and its neighbors.

“Some of the Scandinavian countries seem to have a high happiness index,” he said. “Denmark usually ranks first — though this year it looks like Norway has taken the lead. I think this is related to less inequality and a robust safety net.’ ”

Even though he feels his travels and positive mindset can guide him to inspire a happy crowd, he says a long road still awaits.

“I’m hardly an expert — I’m an ordinary citizen but I have taken the time and effort to compile some of these hopeful and inspiring signs and initiatives,” said Byrne. “If some of these initiatives and signs can serve as models, if I can help spread the word about some things everyone might not know about, then who knows? I need hope as much as anyone, so I have a personal incentive to do this.”