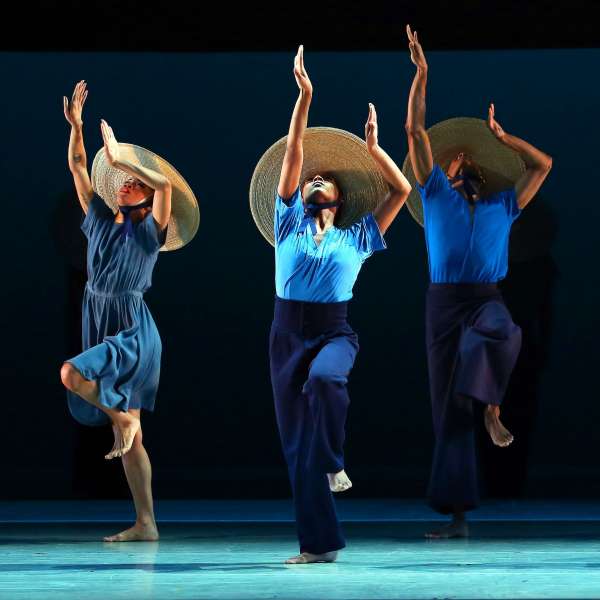 John Coltrane and David Byrne aren’t casual choices for a choreographer looking for dance music — at least they shouldn’t be. Yet last week, Alvin Ailey American Dance Theater proved that there’s a place for both. Twyla Tharp’s “The Golden Section,” set to music by Mr. Byrne and returning to the repertory this season, still shimmers. True, the dancers need more time to live in the groove of her tricky coordinations — the movement needs to look as though it’s melting off the body — but nothing checks that box faster than performance time.

The surprise came in the somber radiance of Jamar Roberts’s new work, “Members Don’t Get Weary,” which had its premiere on Friday at New York City Center. Clearly Mr. Roberts has grown since last year’s “Gêmeos,” a hectic and hollow creation for Ailey II. Perhaps, for him, a dance like “Members” is what happens when choreographic intention is more important than steps. It has that ease.

A veteran of the Ailey company, Mr. Roberts may be known for his strength and commanding presence as a dancer, but he has a softer side too, and both came through in “Members,” set to two recordings by John Coltrane, “Dear Lord” and “Olé.” The program included a Ralph Ellison quote about the blues being “an impulse to keep the painful details and episodes of a brutal experience alive in one’s aching consciousness, to finger its jagged grain, and to transcend it.” Those words reverberate throughout “Members.”

The work began with Coltrane’s ballad “Dear Lord,” in which the cast — dressed in Mr. Roberts’s blue and lavender costumes that deftly blurred the line between chic urban wear and work uniforms — was stationed on the stage in two groups.

It made for a striking opening scene, helped by Brandon Stirling Baker’s lighting and scenic design: Five dancers, bending forward and reaching up with imploring arms, clustered close in a corner of the stage, while five others stood along the back of it. All wore straw hats with enormous brims; instantly, the imagination traveled to another time: laborers, a hot field, an unforgiving sun.

Throughout “Dear Lord,” the dancers took staggering steps from one corner of the stage to the other, rounding their backs and tilting their heads to the light. Eventually, they moved in unison, juxtaposing strong, angular shapes with nearly imperceptible footwork — two steps in parallel, followed by a crossover — that seemed to draw them back into their bodies. 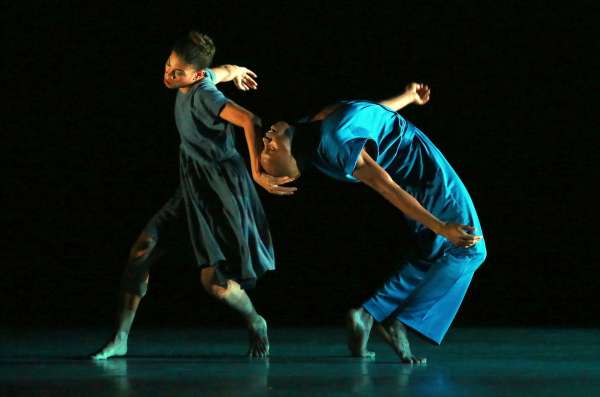 After Renaldo Maurice crouched and collapsed to the floor, Jeroboam Bozemancollected his body and propped him up so that they sat back to back. The others, reclining all the way, raised their arms with splayed fingers, which brought to mind Ellison’s “jagged grain.”

“Dear Lord” felt like a preface, a preparation for the longer, mystical “Olé.” It flew by, starting with a solo for Mr. Bozeman, who matches Mr. Roberts in quiet incandescence. Soon he was joined by four men who didn’t so much spin into the space as whip up the air within it. And Jacqueline Green, in a solo that followed, was more than her usual precise, commanding self as she snapped her limbs sharply; her movement was shaded with voluptuous curves.

But “Members” was as emotional as it was virtuosic, especially in a duet between a grave, vulnerable Ghrai DeVore and Mr. Bozeman, who took turns clasping each other in embraces or succinct lifts. Weariness, Mr. Roberts seemed to be saying, is expected; giving up is not an option. When those ghostly, nearly-there steps returned in the end, they offered solace. 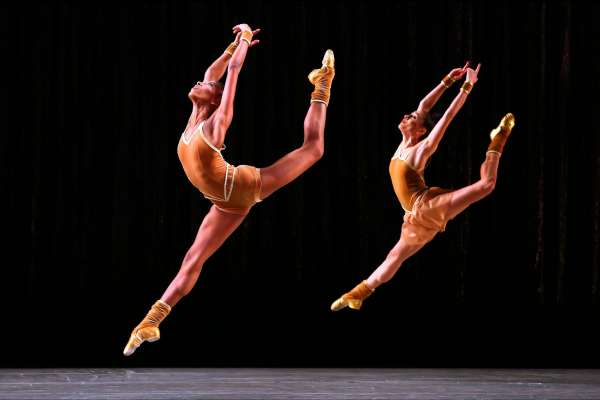 Just as with “Members,” music is what unleashes the body into action in “The Golden Section” (1983), seen Wednesday. Here 13 dancers shine like the sun in Santo Loquasto’s sporty Grecian costumes. The prowess required for this dance is Olympian too.

Like Ms. Tharp’s “In the Upper Room,” “Golden Section” says something about courage — a dancer must be relentless to come out the other side. While many were heroic, Chalvar Monteiro stood out for his unmannered daring. But “The Golden Section” burns brightest when the spirit of the group remains intact: They were a lucky 13 to be swimming in Ms. Tharp’s golden brew, and they danced like they knew it.