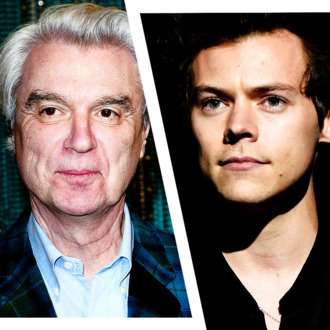 As we keep wildly speculating if Radiohead will be Dire Straits’ Rock Hall drama heir apparent, at least we can bask in the glory of the terrific lineup of presenters that was finally confirmed for the ceremony this morning. Per Rolling Stone, the musicians getting ready to reminisce onstage about their heroes will be the following: Harry Styles for Stevie Nicks, Queen’s Brian May for Def Leppard, Trent Reznor for the Cure, Janelle Monáe for Janet Jackson, David Byrne for Radiohead, the Bangles’ Susanna Hoffs for the Zombies, and Duran Duran’s John Taylor and Simon Le Bon for Roxy Music. Per tradition, the presenters will introduce their respective inductees with ten minutes-ish speeches that often get reflective, raunchy, funny, and just plain emotional.

This year’s Rock Hall induction is moving from Cleveland to Brooklyn’s Barclays Center, and while five inductees have confirmed their participation and attendance, those Radiohead chaps are still very much up in the air. This comes after front man Thom Yorke said overseas work commitments will prevent him from attending the “blasé” ceremony — this isn’t exactly true, if you actually look at his schedule — as well as other Radiohead members saying in the past how they didn’t understand the supposed importance of the honor. (“I’d rather be sitting at home in front of the fire or going to a gig,” Ed O’Brien put it.) Still, it’s not March 29 yet, so we guess anything can happen. Weirder things have.