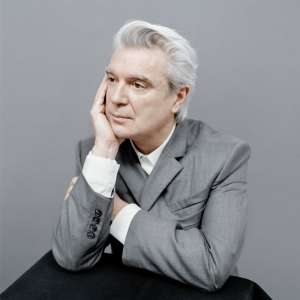 David Byrne will settle his American Utopia touring down for a 16-week residency at New York’s Hudson Theatre from October.

Having already toured his first solo album since 2004 around the world during 2018, he will now begin previewing this theatrical version at Boston’s Emerson Colonial Theatre between September 11th-28th, before doing the same in New York from October 4th ahead of its official opening on October 20th. The show is then due to run until January 19th, 2020.

“These songs don’t describe an imaginary or possibly impossible place but rather attempt to depict the world we live in now,” he’s previously said of American Utopia. “Many of us, I suspect, are not satisfied with that world—the world we have made for ourselves. We look around and we ask ourselves—well, does it have to be like this? Is there another way? These songs are about that looking and that asking.”

“This album is indirectly about those aspirational impulses. Sometimes to describe is to reveal, to see other possibilities. To ask a question is to begin the process of looking for an answer.”