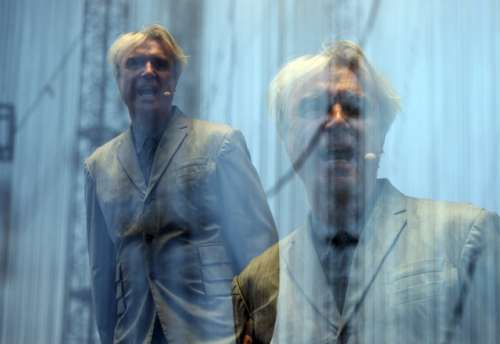 Over the past year, David Byrne has been taking his American Utopia tour across the world; now, he’s bringing it to Broadway for a limited engagement at the Hudson Theatre, with Broadway veteran Alex Timbers as a production consultant. Byrne penned a lengthy essay about taking American Utopia from an album to a tour and now to Broadway. Here’s an excerpt:

Because of how theatrical the show is, others started telling me, “This needs to go to Broadway.” Why not? But what did that mean? Parked in a beautiful Broadway theater, we can perfect the sound, the lights, the movement – we don’t have to adapt to a new place every night! It was an exciting challenge – I realized a Broadway setting would likely be a different audience than the concert crowds I was used to. The Broadway crowd has slightly different expectations. There might even be audience members who don’t know me or my music – which for me is exciting. I thought to myself that this new context might be good – it might actually help to bring out the narrative arc a little bit more, to make it just a little more explicit.

Byrne is also playing several shows in Boston before the Broadway gigs kick off in October. Find the complete list of dates over at the show’s official website, and watch a trailer below.