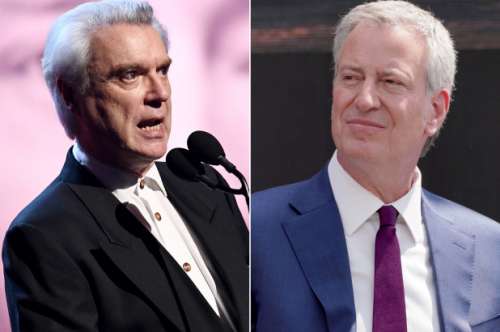 Byrne, wearing a salmon-colored suit and black Chuck Taylors, was attending a rally on the steps of City Hall to oppose de Blasio’s plan to cut $6 million from public cultural institutions.

The Rock and Roll Hall of Famer said the mayor could use some help crafting his message.

“He needs to get the story out of what he’s accomplished here, which may be incredible, but we don’t know it,” he said.