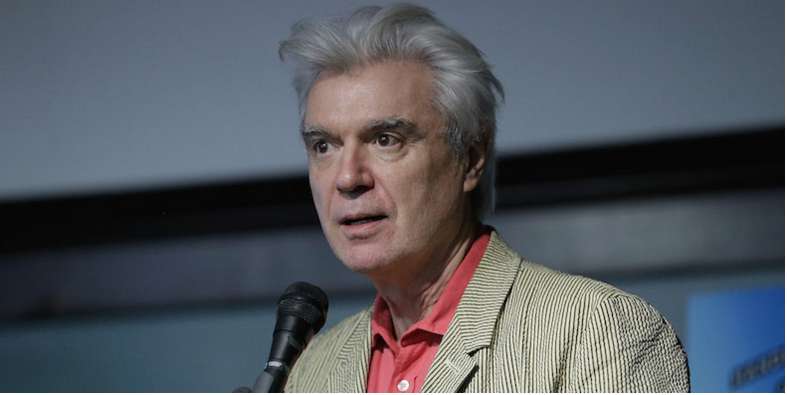 David Byrne has written an essay on his website about gun control in the United States. In the op-ed, titled “Guns Are About Freedom: Our Freedom to Live,” Byrne asserts his belief that gun control and reduced gun violence are realistic possibilities in America. He writes that the key to change is “reframing the argument. Guns are primarily a public health hazard—now we have to start viewing, and treating, them as such.” He argues that other public health regulations–like seat belt mandates, driving tests, and smoking limitations–were not accepted at first, but people “have come to feel that the benefits of regulation in these areas often outweighs the rights of individuals to impose risk on others—which is exactly what guns do.”

Byrne also points to other countries, “like Canada, Britain, and Austria, where nearly half of households own a rifle and one in three have a shotgun,” yet they have a fraction of the United States’ gun violence. From that, he states, “it’s not about taking away everyone’s guns. It needn’t be all or nothing, in other words.” However, he cites the National Rifle Association (which he calls “almost as conniving as they are influential”) and U.S. Senators who voted against recently proposed gun regulations as roadblocks toward culture change.

Still, Byrne maintains hope. He looks to Australia, “where there is a strong gun culture,” as an example for positive change, as the country initiated massive reform following a 1996 massacre. He writes that “change happens as new views, new thoughts, and new opinions on an old issue accumulate. The law that ratifies this new way of thinking may need to be enforced top-down, but the acceptance of a new idea comes from a broad consensus.” Byrne concludes: “The public feeling is already there: Everyone should not have the right to risk everyone else’s life and take away the freedom of others. We have countered these arguments before, from slavery to seat belts to smoking, and we can do it again. We’re better than this.”