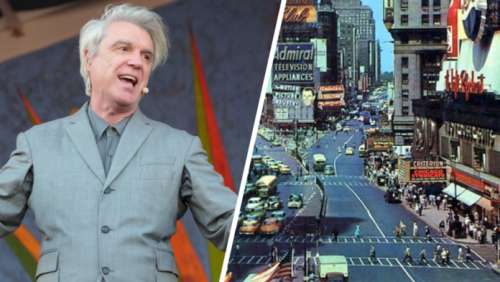 David Byrne is bringing his American Utopia tour to Broadway later this year (and early next year), and to celebrate that fantastical news, it looks like his June playlist takes a unique journey through songs that remind him about his first memories of that famous street in New York City.

Of course, I knew that when most people referred to Broadway, they were referring to the one in New York. When I moved to New York, I worked for a while as an usher in a movie theater on East 34th Street. Once in a while, I had the job of taking the tickets, receipts, or sometimes the reels of film in big cans to the chain headquarters further uptown. I loved those trips-and from my POV, I was getting paid to be a tourist-to walk down Broadway. Broadway! This street was famous, I thought to myself, it’s in songs and movies, and now I’m walking on it!