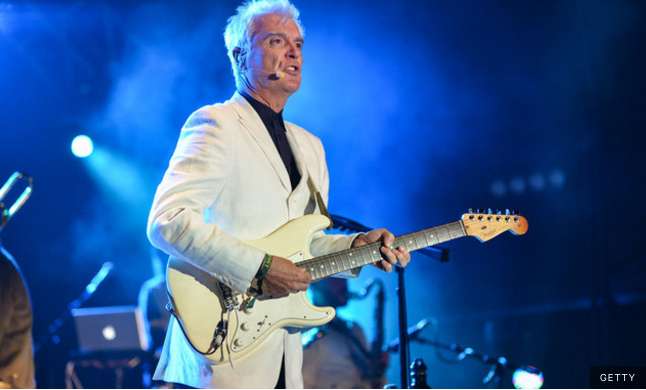 David Byrne has revealed that he is working on a new stage musical. 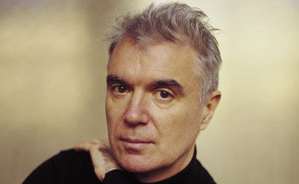 Byrne previously worked with Norman Cook on 'Here Lies Love', a musical about the life of the former First Lady of the Philippines Imelda Marcos and Estrella Cumpas, the woman who raised her.

Speaking in a new interview with NME ahead of this year's Meltdown festval, which Byrne is curating, the former Talking Heads frontman said that he was planning to bring the new musical to London in 2016.

"I did a musical with Norman Cook at the National Theatre last year," Byrne said. "I've got another one. No surprise. Time passes and because these things [musicals] take so long, at some point when I realised it was doing well, and was an enjoyable experience and very moving and all that, I thought, 'Oh, while this is all getting worked out, I'll start another one', which is now written. The entire thing's written, and probably some songs will get rearranged or rewritten or whatever. So I'm talking to producers [in London] about bringing it here, I don’t know, in a year or so or something like that."

Pushed on what the musical is about, Byrne disclosed that he has written about another historical figure.

He revealed: "It's [about] another woman, whose life is in the historical record. That’s a good start. I mean, with Imelda [Marcos], I liked the fact that I could look up and even find things that she said, things that other people said about her, so I didn’t have to make shit up."

David Byrne's Meltdown takes place between August 17-28 and the line-up of cultural events taking place at the Southbank Centre will be announced in the months to come.