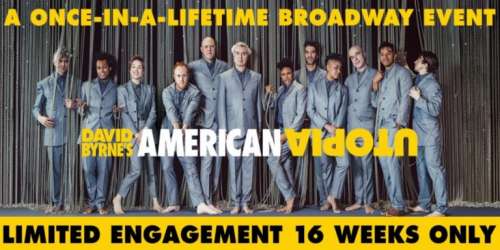 David Byrne shared his thoughts on the Broadway production. He explained,

As I was recording the songs for my ‘American Utopia’ album it occurred to me that they would be exciting to play live- and I realized that a lot of my older material would fit right in….I imagined a live show….I pictured a lot of drummers, a kind of drum line/samba school/second line- that would create the rhythms.

Read a full statement from David Byrne on the upcoming Broadway production here.