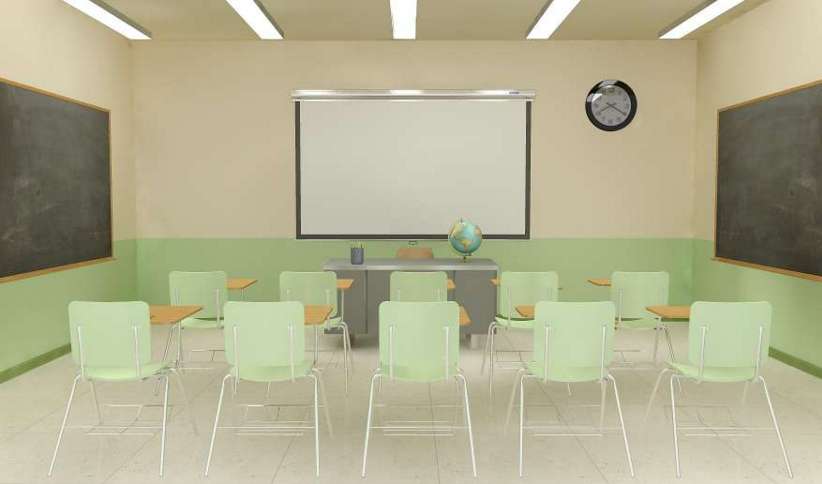 David Byrne is carefully answering a question about how various pursuits — art, writing, photography, film, theater and, of course, music — feed his life and support each other. He is seated in a faux study hall — a hyper-real version of a 1950s homeroom painted in hues of mint and cream, complete with a world globe on the teacher’s desk and black chalkboards all around.

“Wow, it’s a confusing life,” he says. “I’m obviously proud of the work I did with Talking Heads. I wanted to be able to go do things like this as well, which luckily I have been able to do.”

“This” is one of four environments that make up the sets for “The Institute Presents: Neurosociety,” an immersive work at Pace Art + Technology in Menlo Park that draws on Byrne’s varied interests, particularly theater. Actors won’t perform onstage, but will lead the audience through interactions in facsimiles of a heavenly all-white lounge, the aforementioned classroom, a room that feels like a local history museum, and — the grand finale — a TV game show studio.

The work, which he conceived with British technology investor Mala Gaonkar, publicly introduces yet another passion of Byrne’s: science. “When I was a teenager, I applied to Carnegie Mellon,” he says. “I wanted to do art and science, and they said, ‘No, we don’t do that. We won’t let you do both.’... (But) to me, I didn’t see a huge difference in terms of the creativity.”

“The Institute Presents” is based on the research of 15 cognitive neuroscience labs at major universities around the world. Gaonkar and Byrne “would both read papers, books, whatever,” Byrne says, “and then talk with one another and go, ‘Oh, here’s a good one. What do you think about (what) this lab did? Would that work translate into this project?’ We just went through that for a year or so of collecting.

“The ambition (was) to do a piece of some sort. We knew that we wanted it to be kind of an immersive thing where people would come into a space ... and they would be the subject.”

They developed a loose narrative that will take groups of 10 people through a series of experiences. Each room is the backdrop for scripted interactions that mimic psychology experiments but remove them from the laboratory. Though the new work was not fully installed as of this writing, Gaonkar and Byrne led a tour through episodes dealing with decision-making and ethics.

In design, the installation is distantly related to a participatory theater piece Byrne produced in 2013 at New York’s Public Theater, “Here Lies Love.” That work takes place in a discotheque, with the audience moving around to platforms above the dance floor. It went to the National Theater in London, which is where Gaonkar and Byrne met.

For “The Institute Presents,” Byrne worked with his small New York studio team of assistants. They later enlisted a set designer and builders through Berkeley Repertory Theatre and American Conservatory Theater in San Francisco. 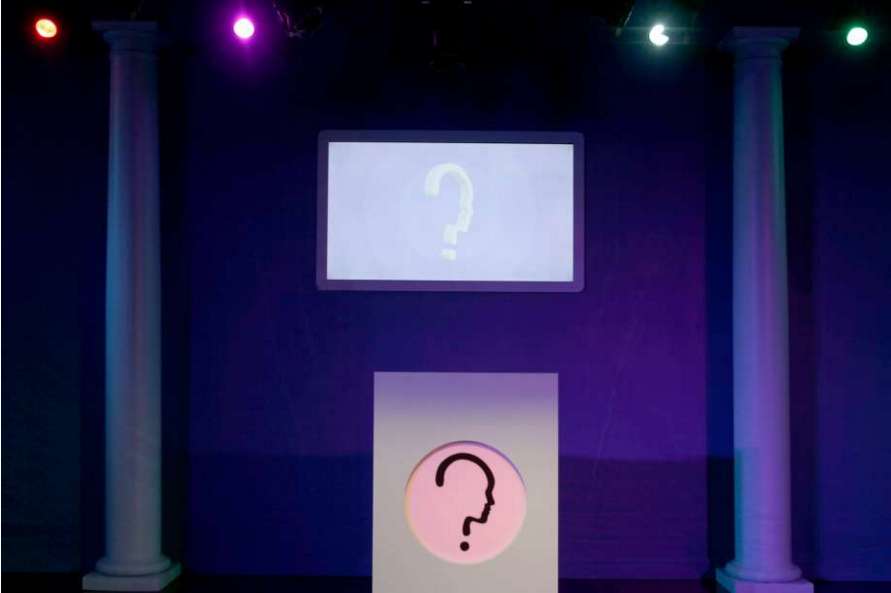 “I’ve done theatrical projects and music tours and things like that,” Byrne said. “The idea was, do it so that people can experience it. We pretty early on realized, OK, it’s going to have to be small groups of people that go through.

“So in a certain sense it’s already got something in common with a lot of immersive theater. And I think it might have been me who said, ‘I think each experiment has its parallel in the real world, or outside of the science world.’”

It’s all very colorful and a bit arch. But there’s clearly a serious side to experiments that ask us to make political judgments based only on photographs, or require us to make ethical choices with limited information.

There is an aspect “that’s meant to bring in a sense of fun and maybe a little humor,” he allows. “It sends a signal to people that this is going to be fun. We’re not getting a lesson taught here. ...

“I shy away from that, because it seems like that’s a preachy, didactic kind of thing. Although there is a level of that here, I keep pulling away from it. Part of the problem-solving on our end is not just how to make it work for 10 people at a time, but how people will intuitively start to process the things that happen, think about how they might apply to their lives, without being told, ‘Now we’re going to explain to you what happened and what it means.’

“Of course they want to know some explanation. They want to know why you see your hand get giant in the dark. How can you so easily be in the body of a doll? But beyond that, we’re wary of connecting too many dots. It’s more fun when they start to connect them themselves and see what they come up with.

“I’m a little skeptical about making political statements in pop songs, Bob Dylan notwithstanding,” he says. “If it’s really about a specific issue, you’re trying to make a point, you’re trying to convince people, sometimes that’s better done as an op-ed page or an essay, and that’s the format it should take. ... If you do it as a song, it can come across as kind of preachy, and it’s not very good. Or I’ve tried other things where you do it in an ironic way, and sometimes it can subvert itself, and you end up with Bruce Springsteen’s ‘Born in the USA,’ where people think it’s a patriotic anthem.”

Trying to understand our emotional and moral actions — or, more to the point, our reactions — in scientific terms smacks of determinism. Is there a place for free will?

“It’s a great thing to bring up,” Byrne says, “but we couldn’t find a good experiment that would work with a lot of people, and (that) people would intuitively get what it was about without being told … Oh, boy. It does seem like a lot of our decisions and our behavior is, maybe not deterministic, but determined by our unconscious.

“The good news is that, from what I can tell, it’s not absolutely fixed. Our biases have changed. Our reaction to women having a vote, or slavery, or all of these things, you name it, have changed completely in the space of, whatever, 100 years or less. ... We’re not doing lessons, but that’s what I’m getting.”