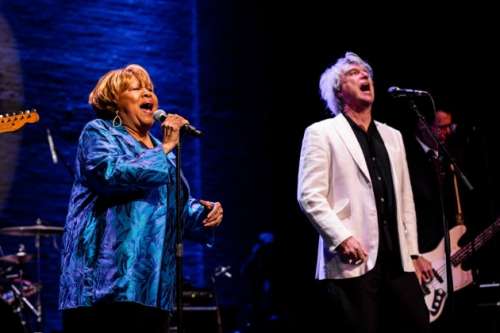 David Byrne’s appearance was for the Talking Heads’ 1983 song “Slippery People,” which The Staple Singers recorded a cover of (with Byrne contributing guitar) and had a minor hit with. Jason Isbell joined for “Change” off Mavis’ upcoming Ben Harper-produced album We Get By (release date pushed back to May 24 via ANTI-). The Lone Bellow joined for a cover of Buffalo Springfield’s “For What It’s Worth.” Valerie June joined for Mavis’ 2016 song “High Note,” which Valerie wrote and sung backup on. Maggie Rogers joined for “Will The Circle Be Unbroken.” Warren Haynes joined for “We’re Gonna Make It.” Lake Street Dive joined for “Build A Bridge.” Norah Jones joined for “You Are Not Alone” and Jon Batiste joined for the Staple Singers classic “I’ll Take You There.” All the guests came back on stage during the encore for a cover of The Band’s “The Weight.” Check out the full setlist and some videos below. Pictures are in the gallery above. 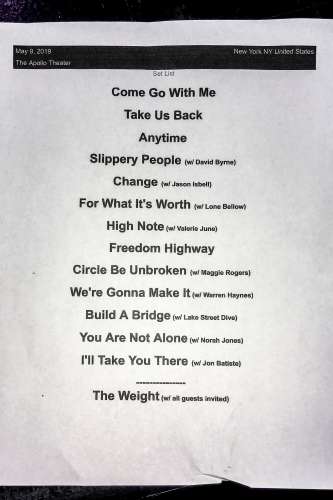 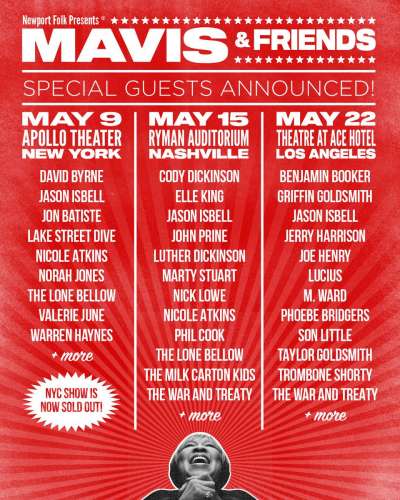