The public library in Edmonton, a neighborhood in North London with one of the country’s highest unemployment rates, is located in a shopping mall. Not a glittering row of chain stores, but an untrendy plot with a farmer’s market selling apples, pig trotters and pans. The library itself has a wide assortment of romance novels with titles such as ‘‘In the Master’s Bed’’ and ‘‘Hot Summer Nights.’’ Early on a Friday in January, it was packed with children studying, an elderly couple on a computer and, at a table near the back, a group of local toughs, the kind you wouldn’t want to meet in a pub.

Benjamin Clementine, a strikingly elegant 27-year-old musician and poet, towered above them all. Early last year, he released his debut album, ‘‘At Least for Now,’’ which earned rapturous reviews and recently won the coveted Mercury Prize. As his following has begun to grow — word has traveled fast of his performances, which are unlike anything I’ve heard before — so too has his origin myth. As the story goes, Clementine left Edmonton for Paris, where he was homeless until he was discovered busking in the streets, quickly signed to a label and sent back to London to record an album that would later win one of the U.K.’s top music awards. While it is a seductive narrative, one of those rags-to-riches journeys none of us can resist, it’s only partly true.

The youngest of five children, Clementine was raised by his grandmother in a middle-class household on the good side of Edmonton. She died when he was 11, at which point he moved in with his parents. Growing up, Clementine spent much of his teenage years at the library, which became his sanctuary. He was taken by the writing of William Blake and Immanuel Kant, and was particularly interested in the work of the 17th-century philosopher John Locke, whose ‘‘Essay Concerning Human Understanding’’ he consumed like ‘‘fatherly wisdom.’’

‘‘I didn’t blend well with my classmates or my teachers,’’ he said. ‘‘So I did my homework here, and all of a sudden that was my life.’’ It seemed to me that Clementine’s autodidacticism was his way of asking how one should be in a world that doesn’t make sense — the type of inquisitive probing we get in his soulful songs, which draw on the work of French performers such as Léo Ferré, Édith Piaf and Henri Salvador. ‘‘I wanted to find people who were like me, and I did, in the people I was reading.’’

At 19, questioning his place in the world, Clementine moved to Paris. ‘‘Eventually I met other musicians and that’s when it all came out,’’ he said. ‘‘That’s when I started writing.’’ He and his friends formed a band, but according to Clementine, ‘‘they weren’t yearning as much as I was, so then I went back to the first instrument I discovered, which was the piano. And then a song came out.’’ He had no fixed address at the time, but he managed to scrape by as a busker; having begun that way myself, I wondered if it provided him with any sort of lesson. ‘‘It teaches you to be humble and kind to people, any kind of people,’’ he said. We agreed that buskers can make surprisingly good money — they do quite well, some of them. ‘‘And it gave me confidence because people would come up to me and go, ‘You’re great, good luck’ — that American spirit vibe. It also helped my singing voice because I had to project.’’

About that voice. I was introduced to Clementine’s music through a friend who insisted I check him out. I was floored, and immediately asked him to perform at a music festival that I curated in London last year. He took the stage in a long coat, no shirt or shoes on, and played the piano perched on a high stool, almost standing. It was as if he were singing directly to each person in that room, a far cry from rush hour in a station of the Métro. And yet, he told me there is something almost harder about formal concerts. ‘‘Now I’m standing in front of a thousand people,’’ he said. ‘‘They’re all looking at me, but they’re sitting down. They’re surrendered, so I have to keep on proving myself to them and giving them all my passion.’’

He then scanned the room, taking in the residents of Edmonton — the students, the old couple, the thugs — and was silent for a moment. ‘‘Did you know that John Keats was from here?’’ he asked. ‘‘It just goes to show it’s all about what you do in your life. Where you’re from shapes you, but you can actually do whatever you want.’’ 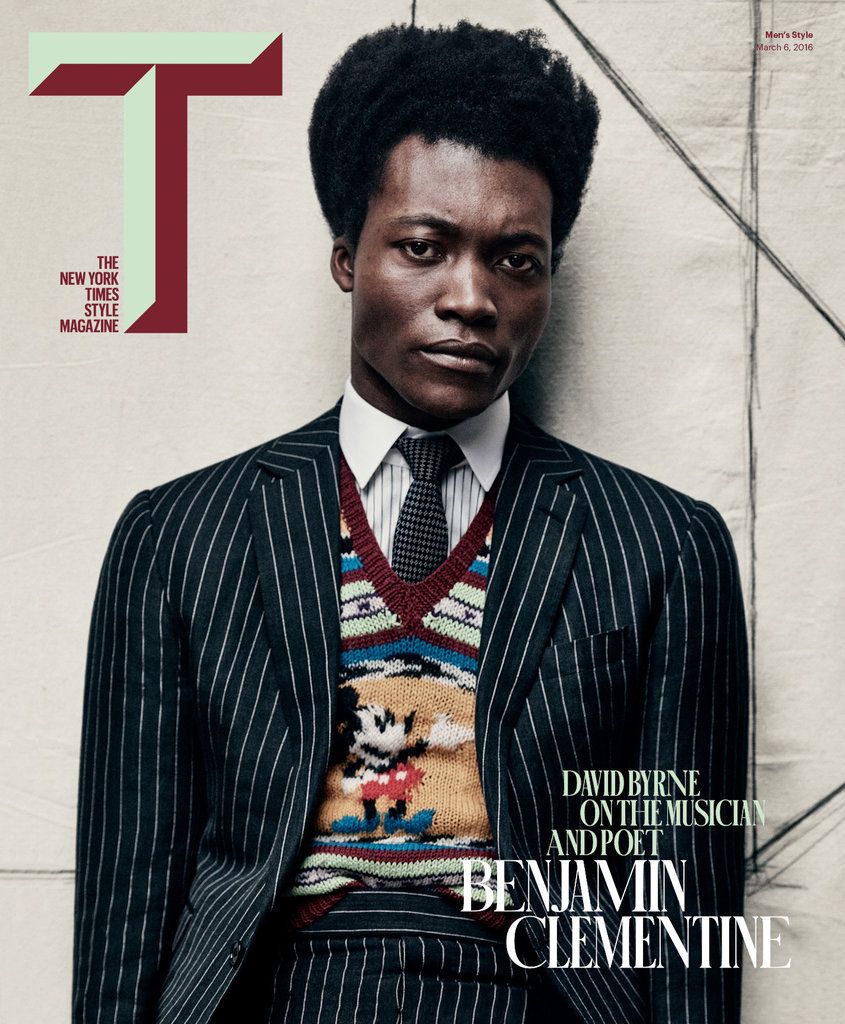