Via The New York Times 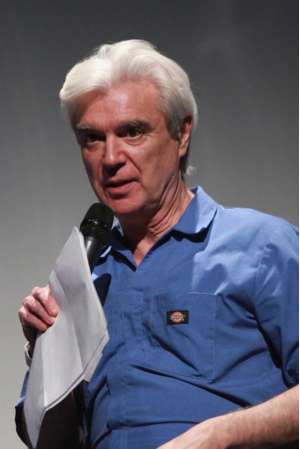 David Byrne, the Talking Heads singer who made a favorably received foray into musical theater with the 2013 disco operetta “Here Lies Love” at the Public Theater, will return to the Public next season with a new biographical musical, “Saint Joan.”

The musical, which begins performances Feb. 14, is among more than 10 productions — including a David Hare revival and Harvey Fierstein’s return to the stage — that the Public announced on Thursday for its 2016-17 season.

Alex Timbers, who directed “Here Lies Love,” will reunite with Mr. Byrne for “Saint Joan” — which, like the George Bernard Shaw play of the same title, tells the story of Joan of Arc. As with “Here Lies Love,” an immersive show that unfolded on the dance floor of a discothèque, “Joan” will feature an anachronistic framing device: a rock concert.

The Public’s season will once again open with a production from its Public Works program, which brings in community organizations from all over the city for a musical at the Delacorte Theater in Central Park. This year’s show, written by Shaina Taub and directed by Kwame Kwei-Armah, will be an adaptation of Shakespeare’s comedy “Twelfth Night,” beginning Sept. 2.

On Sept. 10, Richard Nelson’s play cycle “The Gabriels: Election Year in the Life of One Family,” which began this spring with “Hungry,” continues with the second installment, “What Did You Expect?,” followed by the concluding play, “Women of a Certain Age,” on Nov. 4.

Other productions include a revival of Mr. Hare’s “Plenty,” which had its premiere at the Public in 1982 and will return Oct. 4. The cast includes Corey Stoll (“House of Cards”) and, as previously announced, Rachel Weisz. A stage adaptation of “Tiny Beautiful Things,” a collection of Cheryl Strayed’s “Dear Sugar” advice columns, will star Nia Vardalos (“My Big Fat Greek Wedding”) as Ms. Strayed. Ms. Vardalos also adapted the play, which begins performances Nov. 15 and will be directed by Thomas Kail (“Hamilton”). Beginning March 14, Mr. Fierstein will take the lead in a new gay-themed play, “Gently Down the Stream,” by Martin Sherman (“Bent”).

Closing the season is “John Leguizamo: Latin History for Morons,” a new one-man show from the actor, whose brash solo show “Ghetto Klown” ran on Broadway in 2011. Mr. Leguizamo’s latest monologue, which begins performances March 17, is inspired by his frenzied search for a Latino hero for his son’s American history class project.