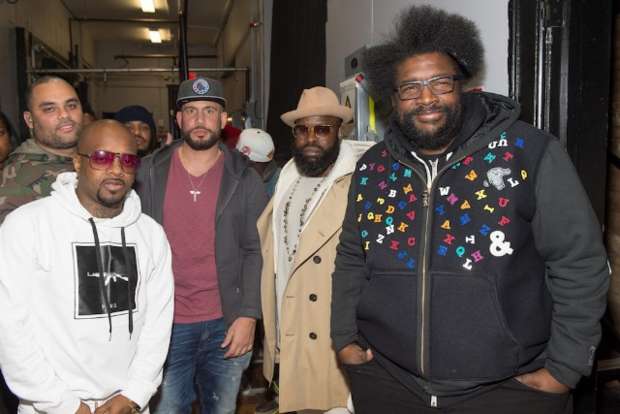 The Roots Picnic, a festival that’s taken place in Philadelphia over the past nine years, will be holding its first ever iteration in New York City’s Bryant Park on October 1 and 2. The announcement is also notable for its stacked lineup of performers. Talking Heads’ David Byrne, the Wu-Tang Clan, and guitarist Nile Rodgers will headline with the Roots on backing band duties. D’Angelo, John Mayer, EPMD, Bibi Bourelly, Styles P, Freddie Gibbs, and Lil Uzi Vert are a few of the other artists slated to perform.

“We’re Philadelphians; we pride ourselves on being a Philadelphia brand gone universal,” says Roots co-frontman Tariq “Black Thought” Trotter. “And we’re kind of honorary New Yorkers because of the Tonight Show gig, so we thought it was a respectful way to pay homage to our second homes.”

The announcement comes right after The Roots held its ninth annual Picnic. During what was an unfortunate weekend for festivals, the event made some headlines after Future abruptly ended his set because of sound issues. But the event wasn’t a total waste: Some of the highlights included Usher’s performance with the Roots, and Willow Smith’s duet with her famous father Will Smith on the latter’s “Summertime.”

The tickets for the New York Roots Picnic will go on sale this Friday at 10 a.m