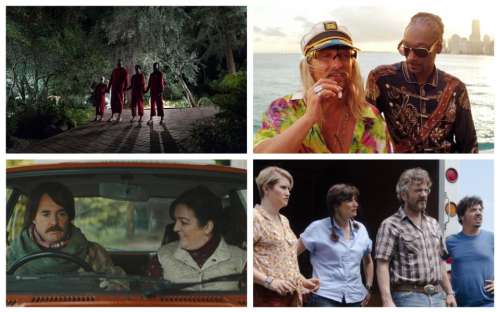 The annual South By Southwest Conferences and Festivals — which pretty much everyone knows as SXSW — is hitting Austin, Texas later this week, armed with fresh film offerings (plus music, interactive, and a litany of exciting panels and conversations) and, with it, the promise of a brand new festival-going season. As ever, the annual gatherings is playing home to dozens of feature films and shorts, and while there’s plenty to anticipate seeing, we’ve waded through the lineup to pick out the ones we’re most looking forward to checking out.

From SXSW regulars like Harmony Korine and Lynn Shelton to rising stars like Olivia Wilde and the comedy duo D.A.D.D.Y. and marquee names like Jordan Peele, this year’s SXSW Film Festival has a robust new slate. Here are the ones that look most promising. Stay tuned for more on SXSW’s Episodics section. The 26th edition of the film festival runs March 8 – 17 in Austin, Texas.

Following Talking Heads’ success with the Jonathan Demme concert film “Stop Making Sense,” frontman David Byrne was given carte blanche in 1986 to make this musical satire about a fictional Texas town’s 150th anniversary. The film consists of vignettes of “normal” everyday characters – with a pitch-perfect ensemble led by Swoosie Kurtz, Spalding Gray and John Goodman – and a roaming narrator played by Byrne, who described the film as “a project with songs based on true stories from tabloid newspapers. It’s like 60 Minutes on acid.” Recently restored by the good folks at Criterion, “True Stories” is set for fresh acclaim at SXSW, where Byrne will be in attendance to introduce a new generation to his movie. —CO